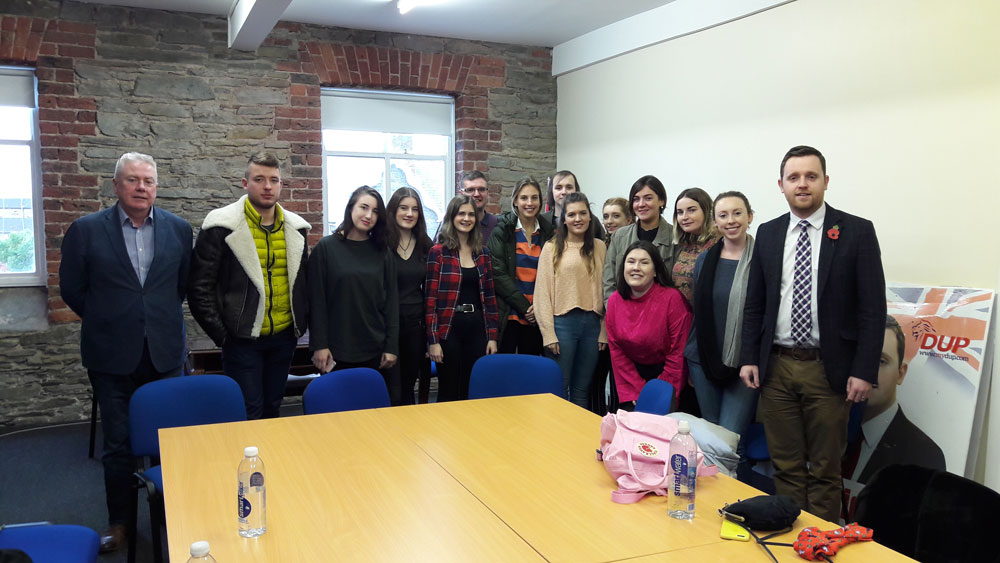 The students are taking a module called The Troubles: Britain and Northern Ireland 1968–1998 as part of the History BA. They had the opportunity to meet a number of individuals who were affected by, and participated in, the violence that blighted the region from the late 1960s to the 1990s.

The students also met with Garry Middleton, Democratic Unionist Party Member of the Legislative Assembly, who discussed legacy issues arising from ‘the Troubles’, and the current political stalemate in Northern Ireland.

Other activities included a tour of Derry City’s historic 17th-century walls, which are still intact. Derry is the only completely walled city in Ireland and is one of the finest examples of walled cities in Europe.

Guided by local expert Mr Padraig MacDermott, the students also walked the route of the anti-internment march in January 1972, which became notorious as Bloody Sunday.

Module leader Dr Patrick Smylie said: "Field trips are a great means of bringing to life the history of places like Derry, which students have read about. But they’re also great fun and a great student experience."

Find out more about the History BA.