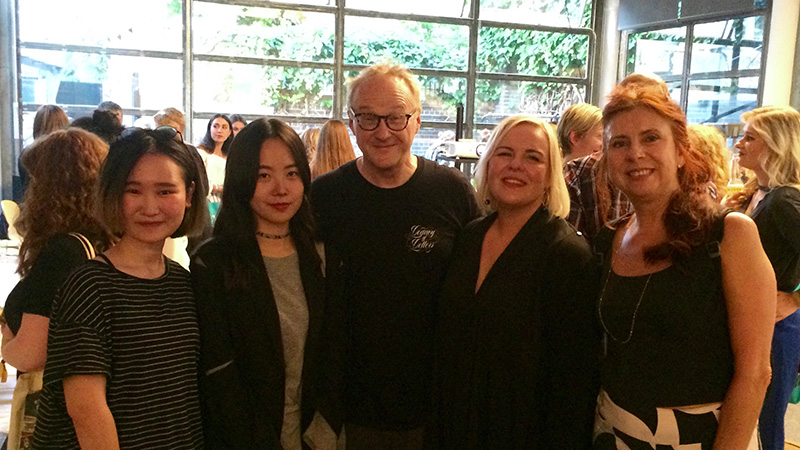 The ISTD Student Awards 2017 were held on Friday 7 June 2017 at Pentagram’s international headquarters in Notting Hill, London, where over 120 finalists and prize winning students attending.

The ISTD is a professional body run by and for typographers, graphic designers, and educators. The society has an international membership and its aims are to establish and maintain standards of typography and to provide a forum for debate.

Mia Hyun You and Sha Xuan Phan, two students from the Graphic Communication Design BA won Pass and Merit awards and at the same time became members of the professional organisation. This is the second time in two years that Westminster students have won this highly regarded industry sponsored award scheme.

Xuan Phan who received a Merit award created a book The Art of Ink Painting which explored the spirit of Calligraphy Art and its long history to readers, blending ancient and contemporary art style.

She said: “The publication process is one of the best experiences I have ever had, it taught me so many lessons and was a great push for further development in the future. I was chuffed to bits to be awarded the Merit Award and the golden ticket to becoming a member of ISTD. I could not have done this without the support of my Westminster professors and peers.”

Hyun You received a Pass at the competition for her work that analysed daily newspapers and their representation of women’s work in journalism.

She said: “I am really glad to have won the ISTD. It is a special experience for me because I am an exchange student from South Korea. When designing a book, I wanted to visualise the gender segregation intuitionally, so I cut off the articles written by men journalists from four different newspapers in UK. Only few articles were written by women. I made use of the areas of advertisements to deliver my message, because I thought these areas are relatively free from gender.”

Senior Lecturer Hans-Dieter Reichert said: “Both students, Xuan and Hyun have produced well considered design concepts and a good body of research for their respective works. This set the foundation to a highly detailed and intelligently handled design production. The Graphic Communication Design course and its staff, Senior Lecturer Iwona Abrams and theory tutor Visiting Lecturer Victoria Salmon are very proud that both Xuan and Hyun received awards and professional memberships.”

Learn more about studying Graphic Communication Design BA at the University of Westminster.