The University of Westminster is the only institution to be home to two scholars recognised in the UK Government’s recently unveiled core content for A and AS Level Media Studies assessment for 2017. 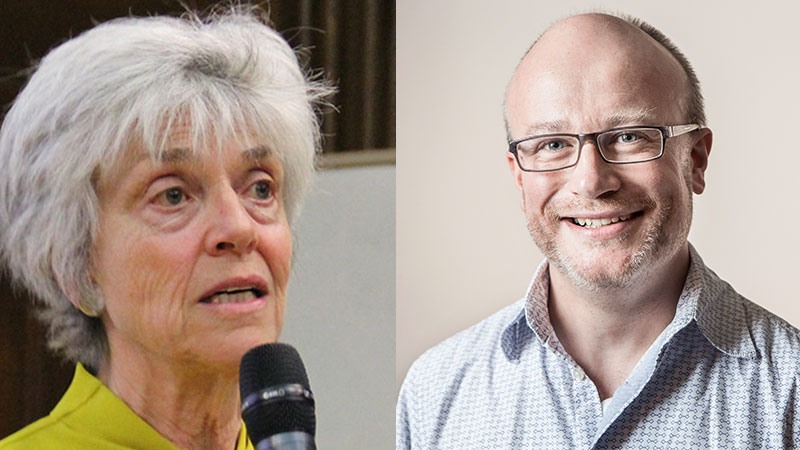 Westminster is proud to have Professor David Gauntlett as the only thinker under the age of 50 and Professor Jean Seaton, one of only five women on the list.

The curriculum specifies 20 key thinkers from around the world, in different areas of the subject. Professor Gauntlett and Professor Seaton represent 25 per cent of all UK researchers on the list. In the UK Government’s core content for A and AS Level Media Studies assessment, Professor of Creativity and Design, David Gauntlett is specified as a key thinker in theories associated with representation and identity. Professor of Media History and the Official Historian of the BBC, Jane Seaton, is recognised as a key thinker in theories associated with power and media industries.

Professor Seaton and Professor Gauntlett are both part of the University of Westminster’s Communication and Media Research Institute (CAMRI) which has been a leading centre of media and communications research in the UK for almost 30 years. In the most recent Research Excellence Framework (REF 2014), 52 per cent of our research was judged to be "world-leading", with 87 per cent of the total rated "internationally excellent".

Researchers at Westminster School of Media, Arts and Design have developed research around many areas central to the new curriculum, including digital media, media industries, global media, alternative and minority media, and DIY media production.