Two student films nominated for the Learning on Screen Awards 2017

Two film productions, ‘Husky’ and ‘Lazar’ made by Westminster School of Media, Arts and Design Film BA Honours students and alumni, were nominated for the Learning on Screen Awards 2017. 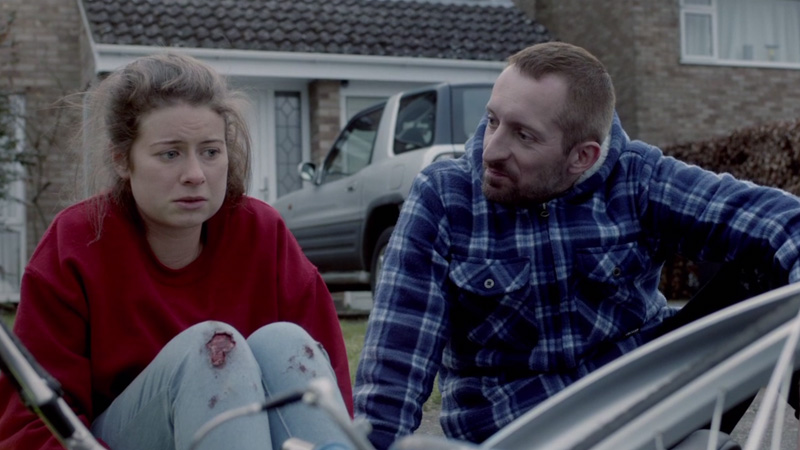 The short drama, Husky, directed by Yasmin Afifi and produced by Polly Rosier, features Marcus, a boy about to step into the world of adulthood who struggles to decide where his loyalties lie.

The second Westminster nomination, Lazar, was produced by Jelena Krivosic and directed by Plum Stupple-Harris and tells a story of Jess, a woman who gets hit by a van, when a man emerges to help her but his true intentions soon become clear. The winners will be announced at the awards ceremony on 27 April at the BFI Southbank London.

Peter Hort, Principal Lecturer in the Department of Music, Film and Visual Communication, said: “These two films really connect with the times that we live in, telling powerful stories of people trying to establish their own identities in a hostile world, and I’m delighted that the Learning on Screen judges have recognised our students’ achievements in these bold and challenging films.

"Both films were also part of the programme we submitted to the VGIK international short film festival in Moscow in November, winning the award for ‘Best Film School Programme’, competing against entries from film schools from 39 countries.”

Learning on Screen works to represent women working in educational film and media production, and this year over 50 per cent of nominations are produced or directed by women.

Chair of the Judging Panel, Ian Wall, Managing Director of The Film Space, commented: “Once again, the standard of entries for the Learning on Screen awards was outstanding. Coming up with a list of nominees proved to be a challenge for the juries in each category.

“The entries confirmed the fact that the UK has a diverse and phenomenal wealth of expertise in educational screen production. Student entries showed a new pool of new talent emerging from our film schools and colleges – talent which is not afraid of tackling difficult subjects in a direct and thoughtful way.”

Learn more about studying on the Film BA Honours course at the University of Westminster.