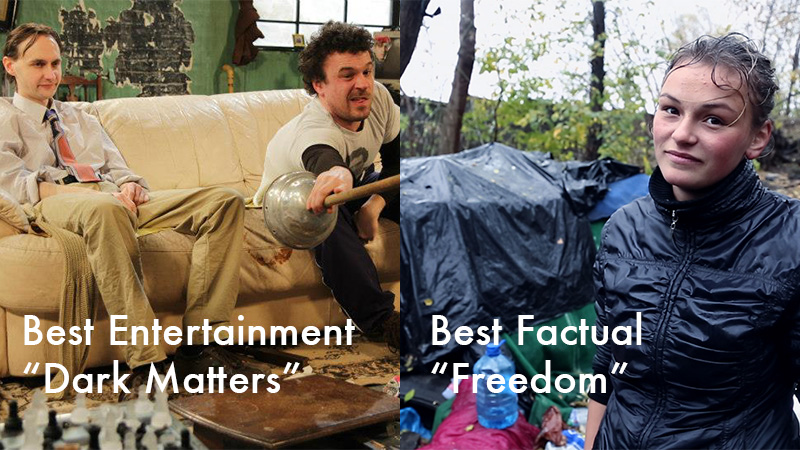 There are three nominations in each category and this year the standard of the nominations was particularly high.

For the third consecutive year, a documentary produced by BA Television Production students at the University of Westminster has won the RTS Best Factual Programme award. 'Freedom' made by Abi Njopera Pedler, Chloe Knowles, Maria Morgunova, and Robyn Watts-Boothby is about the dreadful plight of homeless children and young people in the Ukraine.

The judges commended the moving production for telling them about an issue they previously knew nothing about and for the courage of the students in working outside their comfort zone in what looked like dangerous situations.

In the Entertainment category, two of the three nominated shows were multi-camera studio dramas produced by Westminster BA Television Production students. The winning production 'Dark Matters', directed by Mark Cobb and produced by Alex Alexandrou, is a post apocalyptic sit-com commended by the judges for its ambition and original characters.

Course Leader Jane Thorburn said: "It is great to see students being rewarded for taking on challenging projects and ideas rather than playing it safe, as well as for their hard work and talent."

The winning programmes in each category now go forward to compete in the prestigious Royal Television Society national awards.