Three films made by a University of Westminster staff member and two alumni have been nominated for this year’s Oscars. 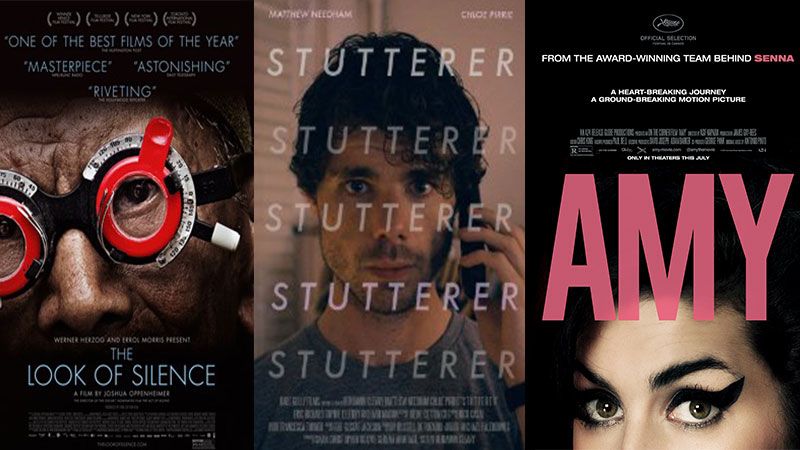 Graduate Asif Kapadia’s Amy about the late singer Amy Winehouse, and The Look of Silence by Dr Joshua Oppenheimer, reader at the University, have both been nominated for best Documentary Feature. In addition, the short film, Stutterer, produced by film graduate Shan Christopher Ogilvie, has also been nominated in the Live Action Short Film category.

The winners will be announced at the 88th Academy Awards ceremony which will take place in Los Angeles on Sunday 28 February 2016.

Dr Oppenheimer’s The Look of Silence focuses on the 1965 Indonesian genocide, following a family of survivors as they discover how their son was murdered, as well as the identities of his killers. He has previously been nominated for an Oscar in the Best Documentary Feature category for The Act of Killing, which won a BAFTA Award for Best Documentary in 2014.

Kapadia’s BAFTA-nominated documentary on Amy Winehouse uses archive footage to show how the singer channeled her personal struggles into her music. Since graduating from the University of Westminster in 1994, Asif Kapadia has directed several award-winning films, including the 2010 documentary Senna which won the World Cinema Audience Award Documentary at the Sundance Film Festival 2011. Both Amy and The Look of Silence made The Guardian’s ‘The 50 Best Films of 2015’ list.

Stutterer, produced by the University of Westminster graduate and founder of Bare Golly Films, Shan Christopher Ogilvie, focuses on a young man with a severe stutter and his difficulties dating. Directed and written by Benjamin Clearly and co-produced by Serena Armitage, the short film has recently won the Best Foreign Film prize at the Los Angeles International Short Film Festival and the Best Drama Award at the Aesthetica Short Film Festival. The film was made on an impressive shoestring budget of £5,000.

Professor Geoffrey Petts, Vice-Chancellor at the University of Westminster, said: “This year’s triple nominations for University of Westminster film talent is a great start to 2016. We have a tradition of producing some of the world’s most recognised producers, directors and writers. I would like to wish Asif Kapadia, Dr Joshua Oppenheimer and Shan Christopher Ogilvie good luck with the nominations. We will be eagerly awaiting the results on the night.”

The University of Westminster is a leading global centre for excellence in the arts and film production, and has strong links with the film industry. Its Film BA Honours, taught at the Westminster School of Media, Arts and Design, is one of the best known film and television courses in the world, with an international reputation for its academic and practical teaching.