Cressida Dick who was, until recently, Britain’s most senior female police officer recently addressed students from the Department of History, Sociology and Criminology. 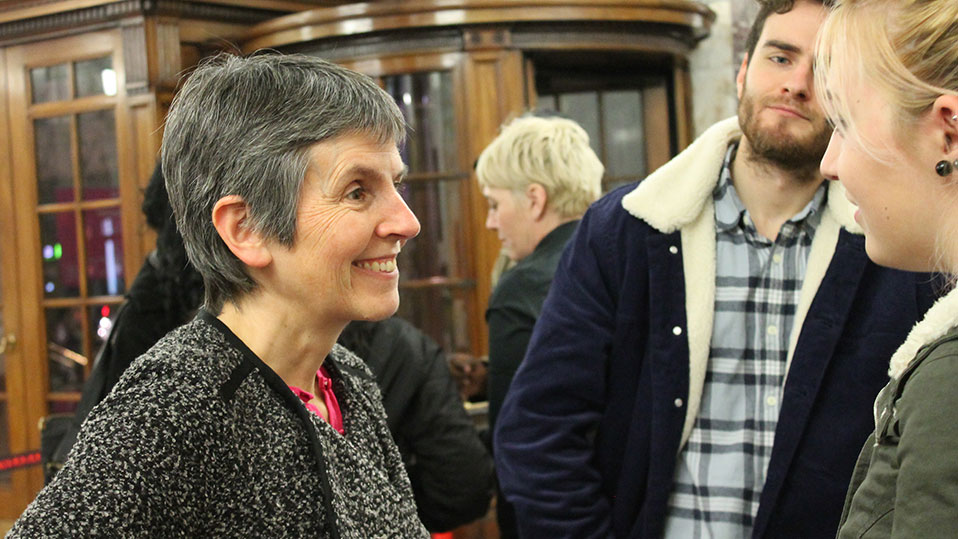 Cressida joined the Metropolitan police as a constable in 1983 and by the time of her retirement from the police service in 2015, had served as Deputy Commissioner of the Metropolitan Police and was the UK’s national lead for counter-terrorism policy.

She told students how the British police service has transformed over the past thirty years in terms of its attitude to gender and racial diversity. All roles in policing are now open to everyone, irrespective of their race or gender, and officers in traditionally ‘male’ divisions, such as homicide, are as likely to be women as men nowadays.

After giving an intriguing lecture, with many fascinating personal anecdotes, Cressida took the time to talk to students individually about their own work and interests, and possible career options.