Top 10 highlights of the University of Westminster in 2017 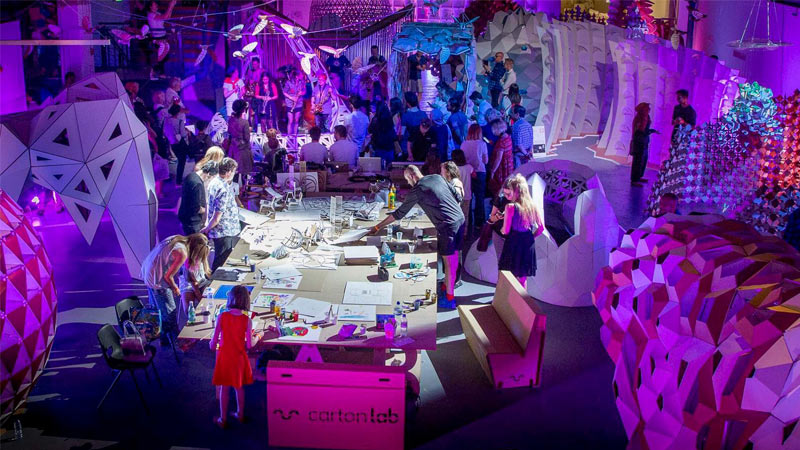 Westminster alumnus Kristóf Deák, who graduated from Westminster in 2010, won an Oscar for his film Sing in the Best Live Action Short Film category at the 89th Academy Awards. The Oscar-winning Westminster alumnus said: “My time as a student […] gave me so much. One of the best days of my life was our final project screening which we held with full house in the University’s Regent Street Cinema which has since undergone a historic refurbishment project.”

Later in the year Zoltan Juhasz, a Film and Television Production graduate (now Film BA Honours), also wowed us by winning the prestigious Motion Picture Sound Editors Award, often called the ‘Sound Oscar’, with his animated short film FishWitch. Zoltan said that he discovered his passion for sound editing and sound design during his time at Westminster.

Robot Lawyer LISA allows users to create legally binding Non-Disclosure Agreements (NDAs) in less than seven minutes at absolutely no cost. LISA is a major breakthrough in legal technology as, until now, the only alternative for students and entrepreneurs who couldn’t afford a human lawyer were template ‘unilateral’ NDAs taken from the internet, which do not offer adequate protection and/or guidance.

The University of Westminster’s Breast Cancer Research Unit has contributed to a major study on the genetics of breast cancer providing clues to the mechanisms behind the disease. The DietCompLyf study led by Dr Miriam Dwek joined a study led by the Breast Cancer Association Consortium (BCAC) to identify seventy-two new genetic variants contributing to the risk of developing breast cancer. The researchers believe these variants may provide sufficient evidence to change practice, for example enabling an understanding of how women at different risk levels should be screened differently.

In 2017 the world's first menswear archive, containing garments ranging from WWI clothing to statement pieces from the likes of Jean Paul Gaultier, Alexander McQueen and Burberry, opened its doors at the University of Westminster under the initiative of Andrew Groves. Celebrating the newly-established Menswear MA course, the Archive boasts a bigger collection of Alexander McQueen pieces than the V&A Museum and is open to the public by appointment, making it the very first public menswear archive in the world, where anyone can get up close and personal with an array of traditional, weird, and wonderful men's clothes.

This recognition is not surprising as the new MBA is designed for professionals to prepare them to become board room directors by working as part of shadow advisory boards, within entrepreneurial, corporate, international and not-for-profit organisations. This provides opportunities to tackle real life problems, join strategic conversations and develop business solutions for existing businesses. The course transforms the traditional classroom setting into a real-life professional experience through the School’s new MBA lab, a real high-tech boardroom where participants will interact with ambitious and energetic professionals from around the world, sharing and developing new ideas.

6. Boosting student experience with over £3million of grants

Student experience at Westminster received a major boost from the Quintin Hogg Trust (QHT) which awarded £3.2 million worth of grants to 30 successful projects which included student field trips, educational events, academic research, and the improvement of University facilities including the development of Smart Learning Spaces. Each project was designed to enhance our student’s experience at Westminster as well as improving their employability prospects. One of the most successful projects was FAB FEST, a week-long fabrication festival which enabled students from Westminster and across the world to design 50 pavilions under the supervision and mentoring from industry experts and with the help of Fabrication Laboratory Westminster. The pavilions were exhibited to the public at the open festival in Ambika P3, the Marylebone Campus gallery, recently awarded Best Exhibition Space at the Academic Venue Awards.

In addition, QHT matched all donations to The 125 Fund which was established to celebrate the 125th Anniversary of the Regent Street Polytechnic, the predecessor institution to the University of Westminster. The Fund awarded over £78,000 worth of grants to 92 students to support individual projects and so their personal and professional development.

In 2017 our Architecture staff and students received a series of prestigious awards from the Royal Institute of British Architects (RIBA), the prominent professional body for British architects.

Westminster Professor of Professional Practice, Sadie Morgan’s, architectural practice, dRMM, which she co-directs, was awarded the UK’s most prestigious architecture prize, the RIBA Stirling Prize, for designing the new Hastings Pier after the old pier was devastated in 2010 by a fire. The new Hastings Pier is now open to the public and aims to welcome the community in which it stands. The design reinvigorated the damaged structure of the old pier and integrated original materiel into the new structure to enforce material and functional sustainability.

In addition, Westminster Lecturer Arthur Mamou-Mani received a huge recognition by being awarded the RIBAJ Rising Star Award. In 2011 he founded Mamou-Mani Architects, a firm that specialises in digitally designed and fabricated architecture, then he set up a digital fabrication laboratory named Fab.Pub in Hackney. Arthur Mamou-Mani has been teaching Design Studio 10 on the Master of Architecture (MArch) (RIBA pt II) programme, while also running a joint blog with his students. The blog is called We Want to Learn and is a platform for students to showcase their diverse range of work, which also includes winning projects from the Burning Man festival.

Smoke Radio, the student radio station run by University of Westminster Students’ Union (UWSU) has had a truly remarkable year, winning three awards at the annual Student Radio Awards, supported by BBC Radio 1 and Global. Smoke Radio won both the gold and silver award for ‘Best Interview’ for their interviews with bands ‘Alt-J’ and ‘Glass Animals’ respectively and a silver award for ‘Best Entertainment’ for their Thursday Breakfast show.

Gabriel Green, co-presenter of the Thursday Breakfast Show, said: "It was such a great feeling - we work hard to make the show, so for that to be recognised by industry experts felt brilliant.”

Gerry Stone, who graduated from the University of Westminster in 1994, has been named one of the most globally-renowned business leaders and active supporters of LGBT rights for the second year running. He is joined on the Financial Times LGBT list by Fashion Design alumnus Christopher Bailey, who is the outgoing Designer and Chief Creative Officer at Burberry.

The annual list is collated by the Financial Times and OUTstanding, who select nominees based on the seniority and influence of their role, their business achievements and impact on LGBT inclusion within the workplace and externally. The recognised leaders, also called Role Models, have all been actively working to create an environment that enables LGBT people to comfortably bring their best professional selves to work.

Westminster alumnus Hussain Manawer set a new Guinness world record for the world’s largest mental health lesson, backed by the Duke and Duchess of Cambridge and Prince Harry. Over 500 school children from across the UK aged between 13 and 18 took part in the 30-minute lesson at the Hackney Empire. The interactive session was designed to encourage debate and conversation around the difficult topic of mental illness, and covered issues such as depression, stigma, where to get help and how to maintain good mental health.

Hussain graduated in 2012 from the Quantity Surveying BSc course, and he has gone on to become an advocate for greater awareness around mental health issues through his YouTube channel Hussain’s House. In 2016, he won the Krugar Cowne Rising Star competition for his passionate campaigning as well addressing misconceptions of Islam and what it is to be a Muslim.