The University of Westminster’s Fyvie Hall hosted the inaugural Republic of Consciousness Awards Ceremony for Small Presses on 9 March. 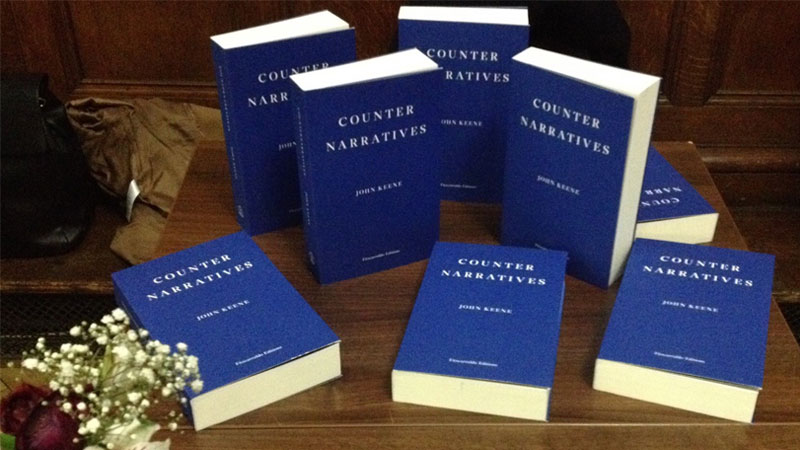 Eight works had been shortlisted and the prize was awarded to Counternarratives by New York-based writer John Keene, published by Fitzcaraldo Editions. Runner up prizes went to Mike McCormack’s Solar Bones, published by Tramp Press, and Anakana Schofield’s Martin John, published by And Other Stories. Paul Stanbridge’s Forbidden Line, published by Galley Beggar, was awarded a prize for the best first novel.

The Prize was founded and organised by Neil Griffiths in recognition of the way the objectives and financial demands of mainstream literary prizes exclude the work of small presses. Jacques Testard from Fitzcaraldo, the publisher of the winning novel, expressed his delight for the win, calling Counternarratives “a magnificent book which deserves the widest possible readership”.

He acknowledged that the prize is unique in its sense of what fiction can be - short stories, novels and work in translation were all eligible - and in its awareness of the disadvantages so often faced by small presses. He said: “It is a prize that rewards the publisher as well as the author. It is a welcome, refreshing reversal when many bigger prizes expect a financial contribution from a shortlisted publisher, big or small. Long may it continue.”

The awards event was hosted by the Contemporary Small Press, which is based in the Department of English Linguistics and Cultural Studies of the University of Westminster, and is run by Dr Leigh Wilson, Dr Georgina Colby and Sally-Shakti Willow.

Dr Wilson, Reader in Modern Literature at the University of Westminster, said: “We’re delighted to be involved in supporting the prize. The literary industry disadvantages small presses so much, yet they are publishing the most interesting and innovative current fiction.”

Find out more about the Creative Writing and English Literature BA Honours course at the University of Westminster.