The truth behind the smile: It's ok not to be ok

In honour of World Mental Health Day, Dan Seamarks, Students' Union Vice President, Harrow, speaks out about his own struggles with Mental Health. 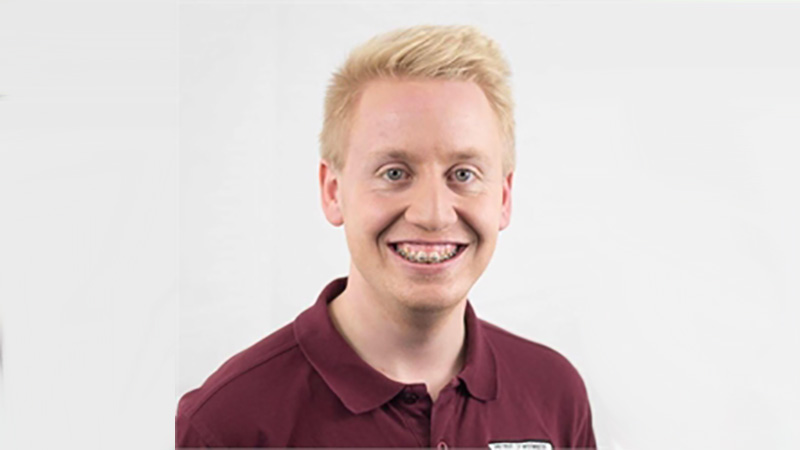 Over the last four years students reporting mental health issues has trebled. I’ve never tried to hide it, I’m one of them.

I’ve suffered with my mental health in a whole heap of ways, primarily anxiety and depression.

But as we focus on World Mental Health Day, I want to make one thing clear: it doesn’t have to stop you.

Sure, there are times when you want to sit in your room with the blinds closed and not even speak to another human being. Times when you just feel sad, lonely, irrational, for no particular reason. Situations when your mind is screaming so loudly that going out and partying is the only way to drown it out.

Outside of those times, when the world is a little brighter and there’s a bit more of a spring in your step, that’s when you can really take the active approach in realising your dreams.

I’ll admit that I’m the worst for getting support. I guess a sense of ‘I’ll be fine’, ‘you’ve got people relying on you, you’ve got to be fine’ often takes over.

I tried cognitive behaviour therapy in my first year of university. Sadly, though it worked, my body simply began ‘rejecting’ the very logical thought process it had been taught in favour of simply trying to block it out. Helpful.

It’s also important to recognise that not everyone’s mental health issues or the journey that you go on is the same. We all have individual and unique ways of dealing with it. That’s ok, too.

I’ve never written any of this down, but for the first time, I’ve decided to be open and share my story...

At the peak of my mental health battle, earlier this year, the irrationality of my behaviour meant my personality and usual life dramatically slipped away from me.

After a particularly upsetting experience, I went into freefall, which I’m not ashamed to admit. I remember just not wanting to be anywhere that reminded me of the situation, not my home, nor places in London with memories attached.

‘Dealing with it’, as everyone was telling me was simply too hard. Reading was also a futile suggestion. So instead I entered a week long frenzy that consisted of: Waking up, going to work (throwing on a fake smile in public and laying on a sofa nearly crying in private), going home, going out to drink (because being drunk meant I felt nothing) and then probably spending the night with a stranger. When I wasn’t doing that, I was just sleeping. Slipping into a dark abyss where simply nothing mattered, nothing hurt.

I did that for seven days straight. It was scary, not just to me, but to others around me. To the point where I had people I love and adore ringing my flatmates, referring me to counselling and effectively trying to force me not to leave the house.

After finally admitting something wasn’t right and getting the help I needed, I learnt how to balance the two worlds. I discovered that, when things aren’t ok, it’s fine to step away or take a break. The world won’t fall down. But that absolutely, in every single way, when things are ok that is the time to seize, to grow and build your life your way.

After detoxing and bringing myself out of melt down that’s when I realised: It’s ok not to be ok. Honestly, it is.

This blog was originally published on the UWSU website.