The Conversation and BBC Radio Derby: The quest to save the banana from extinction

Dr Stuart Thompson, Senior Lecturer in Plant Biochemistry, wrote an article for The Conversation commenting on the extinction threat to bananas. He also appeared on BBC Radio Derby’s Breakfast show. 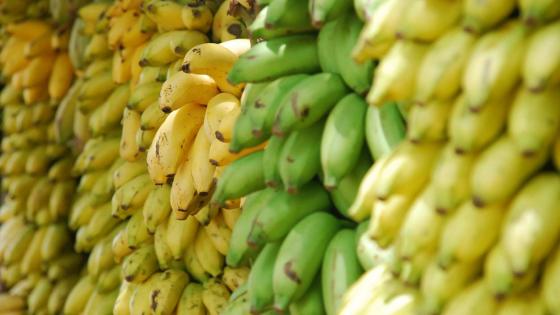 Explaining the situation with the Panama disease that is affecting banana growth around the world, Dr Thompson said: “Perhaps this crisis is a warning that we are growing our food in an unsustainable way and we will need to look to more radical changes for a permanent solution.”

Throughout the article and the radio interview, he provided some background on the situation and suggested potential alternatives, like using more varieties of bananas and genetically modified crops, which are highly regulated in the EU.

Talking about the monoculture farming food system of bananas, he concluded: “Perhaps we ultimately need to be prepared to accept less standardised and slightly more expensive food in order to accommodate less intense and more diverse agriculture.”