Ross Bolidai, who graduated from the University of Westminster’s Television Production BA Honours course in 2012, has won a £100,000 budget to produce a cutting-edge documentary for the Channel 4 prime time series ‘First Cut’. 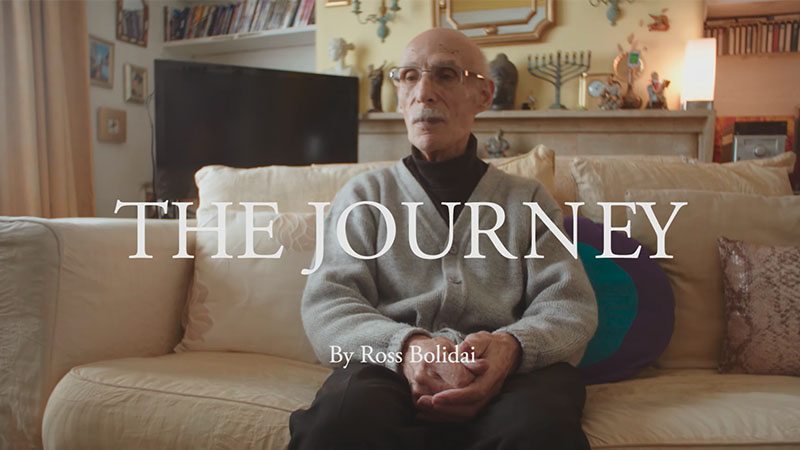 Ross won the award against strong competition for his short documentary ‘The Journey’, which tells the story of a man who comes out as gay and starts to explore his sexuality in his 80s.

Seventy submissions were made where hopefuls sent their professional CV’s, answered questions on their career, their documentary influences and a documentary idea. Five directors shortlisted and asked to create a short, three minute documentary on the theme, The Journey, to be screened at the Sheffield Documentary Festival. Each director was then subject to a grilling from the judges and a Q & A in front of a live audience.

Ross Bolidai's film won the grueling process and he will now direct an hour long post-watershed documentary for Channel 4's 'First Cut' 10pm slot with a budget of £100,000. In addition to the production budget, Ross will receive one month fully-paid development and mentorship including £5,000 development money with an independent production company and a week’s National Film and Television School’s training paid for by the Channel 4 Alpha Fund which supports new talent and Creative Diversity.

Speaking about his success, Jane Thorburn –Principal Lecturer at Westminster and Course Leader of the Television Production BA Honours course – said: “Ross was always an entrepreneurial and committed documentary maker. Even as a student he was able to win the trust of the subjects of his films as well as achieve high technical standards in his productions.

“His energy knows no bounds and we are proud to have had him as a student on the Television production course.”

After graduating with a First Class Honours in 2012, Ross went on to do a Master of Arts in Documentary Directing at the National Film and Television School. He has also directed other award-winning documentaries, such as ‘Coalville Gold’, ‘The Harvest’ and the Royal Television Society award-winning ‘No More Limits Left’. The latter was Bolidai’s final project at the University of Westminster.

Find out more about Television Production BA Honours course at the University of Westminster.