Lewis Wright, who recently graduated from the Television Production BA Honours course, has been selected to attend an unique multi-camera training course created by Directors UK and Creative Skillset. 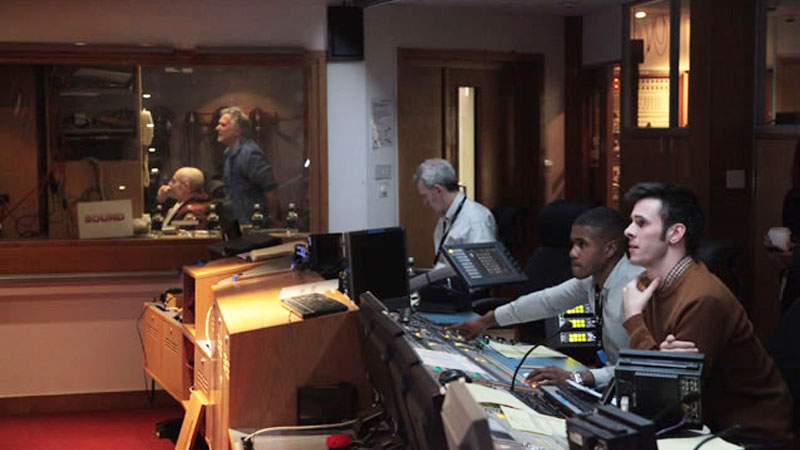 The initiative trains young television directors to be the next generation of live entertainment directors. Lewis is one of only six professionals invited to join the course.

Since graduating from the University of Westminster, Lewis joined television channel London Live as a director.

Speaking about the experience, Lewis said: “The Directors UK course has been absolutely amazing and I feel like I’ve learnt so much already.” He added that “[the course] is absolutely a development of the skills I was introduced to on my course at University.”

Television Production BA Honours Course Leader Jane Thorburn said: “This is a fantastic opportunity for one of our recent graduates to further develop their professional skills.

“It is a real endorsement of how our multi-camera modules prepare the students to enter this unique and fast-growing sector of the industry,” she said. “Studio production is at the heart of our USP. Few universities can introduce students to studio production in such a professional and immersive atmosphere as we can.”

Lewis returned to the Westminster School of Media, Arts and Design to talk about his experiences and his career. After completing this training course, he aims to direct studio-based music shows.

Lewis is not the only recent alumni success story from the Television Production BA Honours course. Oliver Gardner, who graduated from the course in 2014, is currently directing ITV’s Good Morning Britain. He is the youngest live studio director in Network Television and recently directed a show featuring James McAvoy and Daniel Radcliffe. 2015 Television Graduate Nathan Visick has also joined Lewis as a live studio director and camera operator at London Live.

Find out more about our Television Production BA Honours course