Dr Davide Deriu, Reader in the Department of Architecture and Joint Course Leader for the Architecture MA course, was part of the international research team, working on the “Architecture and/for Photography” project for the Canadian Centre for Architecture. 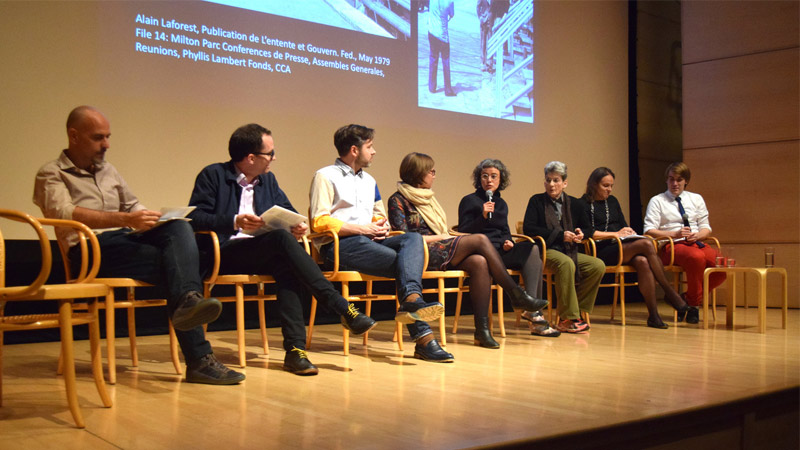 The interdisciplinary team, comprising of artists, curators, photographers, writers and historians of architecture and planning, was selected to work out micro-histories of how architecture and photography relate to each other in a ground-breaking project, carried out in a period of eighteen months and funded by the Andrew W. Mellon Foundation.

Dr Davide Deriu from the University of Westminster contributed to the research with his project ‘On the Edge’, which explored how archival images may reveal the embodied experience of architecture, with a particular focus on the vertiginous spaces of modernism. The micro-histories were presented at the Canadian Centre for Architecture in Montreal on 14 October through a circuit of public talks and performances titled ‘Talking Pictures’.

Speaking about being part of the project, Dr Deriu said: "It has been a privilege to be part of this international research team, and to work with a world leading institution such as the Canadian Centre for Architecture.  The public event we held in Montreal to perform our projects showed that architectural photography lends itself to multiples interpretations, which can be narrative and performative as well as historical and critical."

The “Architecture and/for Photography” project employed the photography collection of the Canadian Centre for Architecture which holds over 60,000 objects. The collection includes individual pieces and series, albums and portfolios, which show the multiple interpretations, intentions and uses of photography in different contexts.

The research initiative was intended to foster a broader and more critical understanding of the role of photography in shaping architecture, from the invention of the medium in the 19th century through to the present day.

Read more about the “Architecture and/or Photography” project by the CCA.

On the photo: Phyllis Lambert, Founding Director Emeritus of the CCA (third from the right), sharing a stage with the project researchers, including Dr Deriu (first on the left).