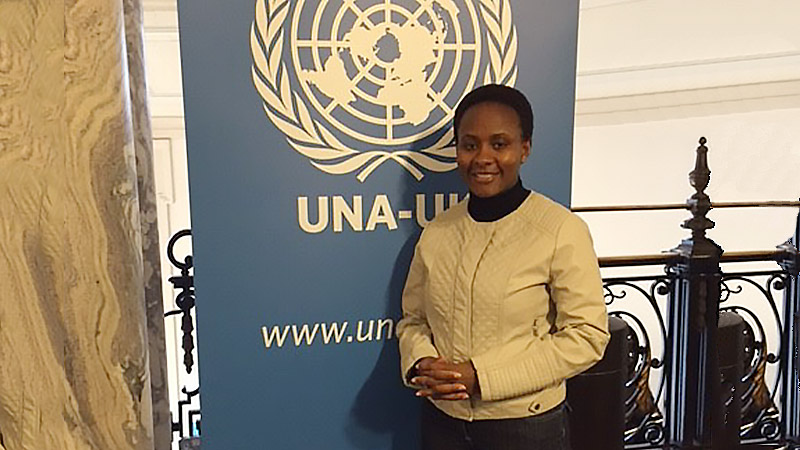 The function, hosted by United Nations Association-UK (UNA-UK), was held at London's Central Hall, Westminster, where the first UN Secretary-General was appointed 70 years ago.

During his address, Ban Ki-moon commended the UK’s involvement in global UN initiatives spanning over the last 70 years of the United Nation’s existence, including humanitarian aid, engagement with UN peacekeeping troops and weapon treaty controls.

The audience of over 2000 people included students, civil servants and business representatives.

The University of Westminster is a member of the UNA-UK, which enables students and staff to be invited and participate in UN-related events. The previous year's event saw students meeting with the former head of the UN Development Project, Baroness Valerie Amos.