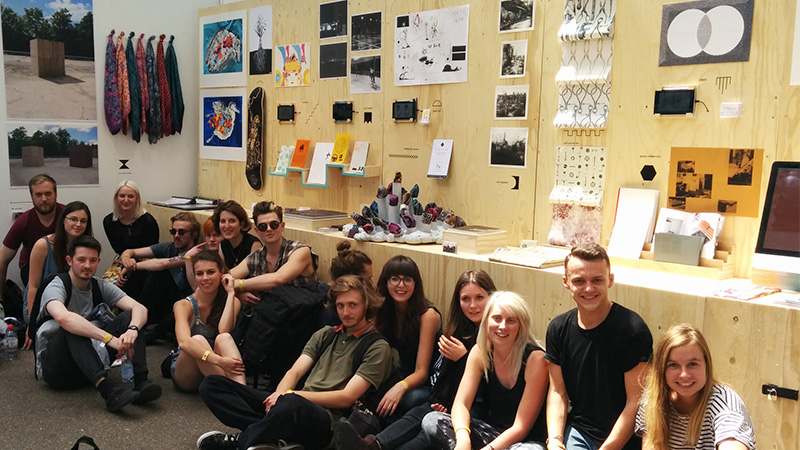 The D&AD, whose members represent the creative, design and advertising communities worldwide, have held award events since 1963. A D&AD award is recognised globally as the ultimate creative accolade, entered and attended by the best from around the world.

Second-year student Antonis Sideras won a Yellow Pencil New Blood Award for his work entitled 'Birth of the Botch', which the judges pronounced "brave work, [...] it took the judging panel through an array of emotions: from indifference to mild shock, to empathy and beyond – we might have forgotten our own names for a minute, but we certainly remembered The Botch".

Third-year student Robbie Anson Duncan won a 'Best of Show' nomination and has on the strength of this been offered an internship with Dalziel Pow, an environmental retail brand design company.