Londoners are being offered the chance to take part in an ambitious digital project led by the University of Westminster MA in museums, galleries and contemporary culture course aiming to record the story of life in the capital during the Olympic fortnight through posts on twitter. 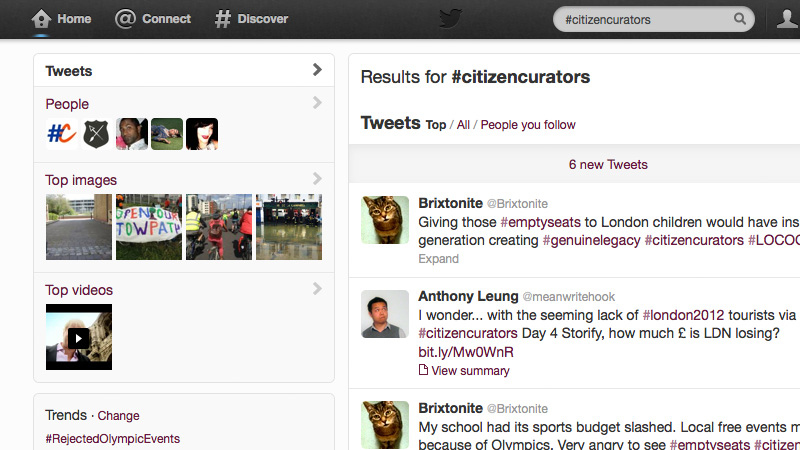 The project is headed up by Peter Ride, Principal Research Fellow in Visual Culture in the Department of English, Linguistics and Cultural Studies at the University of Westminster.

By using the hash tag #citizencurators, tweeters living or working in the city can add their comments to the collection, which will be preserved at The Museum of London.

A panel of 16 regular contributors have been selected share their experiences on the micro blogging site throughout the Olympic Games, but any Twitter users who have a connection to London are also being asked to get involved.

Peter Ride stresses that it doesn’t matter whether you’re an Olympic torchbearer or a disgruntled protestor - they want to hear from as many different voices as possible.

“The collection will function almost like diaries of London during this period,” he explains.

“This is the first time a museum has worked in this way, this is not a marketing scheme but a tool for historians to use in 50 or 100 years’ time to look back and understand what it was to live in London during the Olympic Games.”

Each day students from the team at the University of Westminster course will produce a #citizencurators storify with edited highlights from the Twitter stream.