The University of Westminster’s student radio station, Smoke Radio, had an exceptional night at the annual Student Radio Association (SRA) Awards on 8 November. 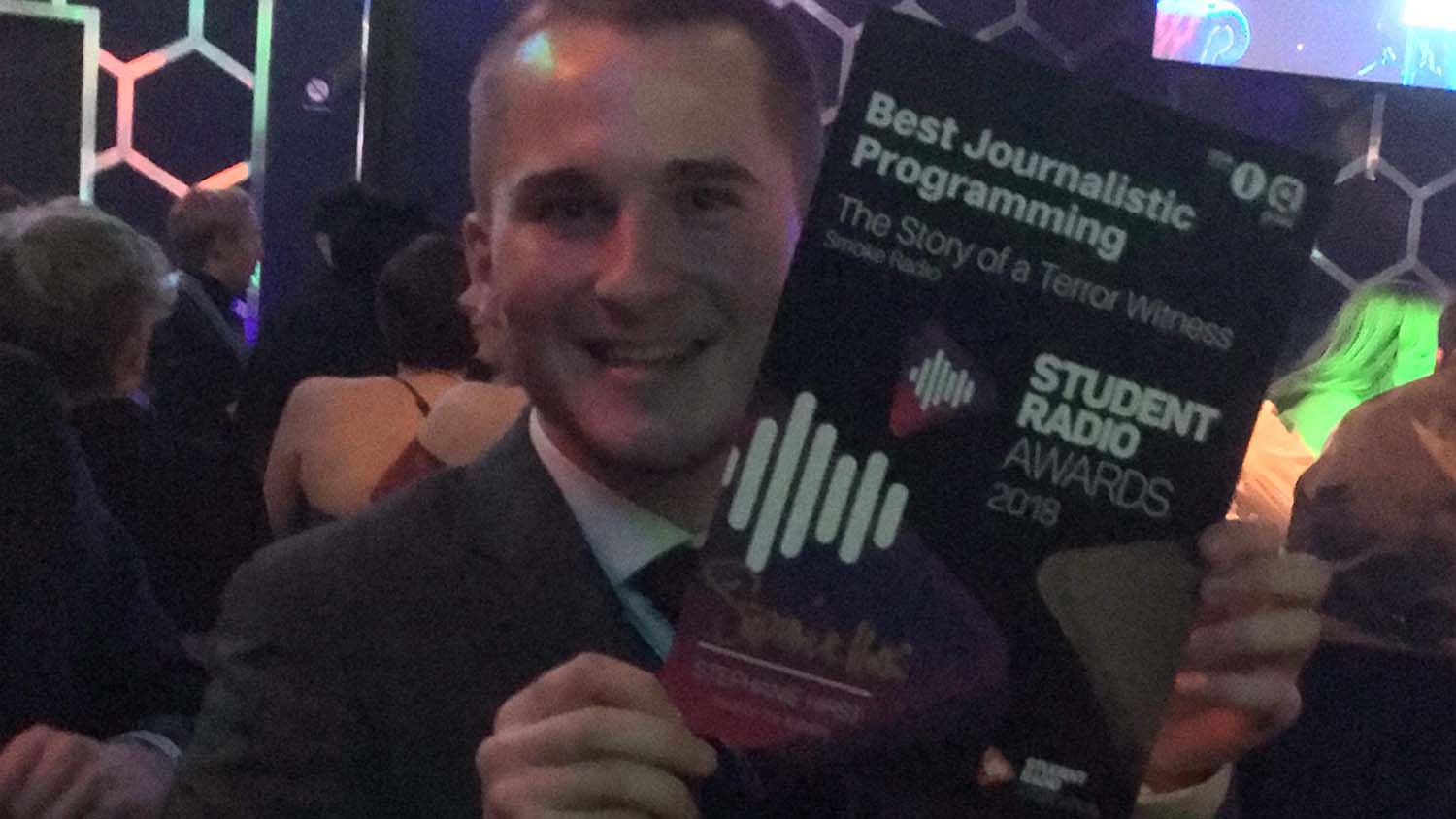 After thousands of entries and an intense round of nominations, nearly 200 judges looked through hours of audio, video and written work to allocate Gold, Silver and Bronze awards in each category.

Sharing his thoughts, Rhys said: “We are over the moon to have won six awards at this year’s Student Radio Awards. These achievements would not have been possible without the hard working and determined team at Smoke Radio. We congratulate everyone who won last night, it was an honour for us to spend the evening with such talented other stations who we aspire to be like. We are so proud to now be named the second best student radio station in the UK and I am really excited about the future of student radio.”

Dr Matthew Linfoot, Principal Lecturer in Radio, also commented: “These great awards recognise all the hard work that the team has put in to running Smoke Radio over the past year, and all the brilliant output and events that the station has achieved. Congratulations to everyone to won and was nominated.”

Find out more about the BA Radio and Digital Production course offered at the University of Westminster.