University of Westminster’s student radio station, Smoke Radio, had an exceptional night at the annual nominations for the Student Radio Association (SRA) Awards. 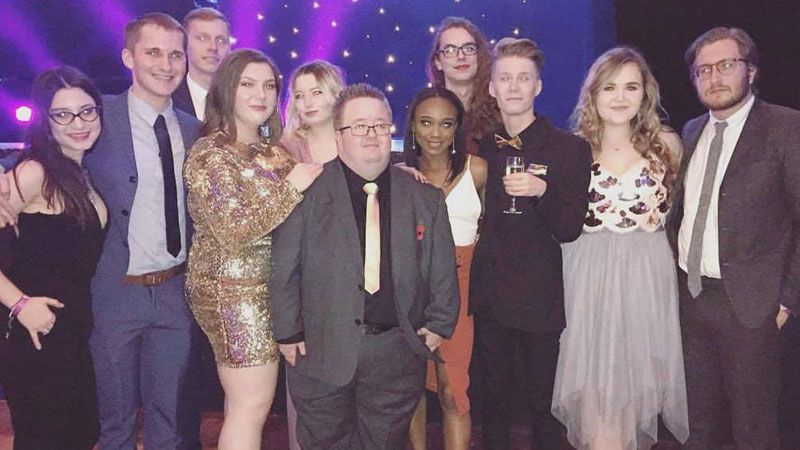 Smoke Radio received 13 nominations, including one for Best Station and three in the category of Best Journalistic Programming. Nearly 200 judges looked through hours of audio, video and written entries, narrowing them down to just six radio stations for each Award.

The Smoke Media App received a nomination for Best Technical Achievement, and the weekly morning broadcast of ‘Thursday Breakfast with Gabriel and Joe’ is in the running for Best Entertainment Programme. The station broke all previous records this year with the most nominations in Smoke’s history.

Dr Matthew Linfoot, Principal Lecturer in Radio, said: “This is a terrific achievement for everyone at Smoke Radio. The staff and technicians at Harrow Campus who support the station are all thrilled that the team’s work has been recognised nationally. We have had SRA nominations every year since 2004, when I co-founded the station, but this year tops all of them.”

Rhys Gunter, who was Station Manager for Smoke Radio last year, also shared his thoughts: “I am over the moon to see Smoke Radio landing 13 nominations at this year’s Student Radio Awards. Last year, the team worked tirelessly to do something new and different, and I am overwhelmed to see this recognised. I’d especially like to thank the University, the Student’s Union and our talented members for their ongoing support and work. The team and I look forward to celebrating the achievements in November.’

The winners of each category will be announced at the Student Radio Awards event on Thursday 8 November at Indigo at The O2, with live performances from Tom Grennan and Wild Front.

Purchase your tickets for the Student Radio Awards via Eventbrite here.