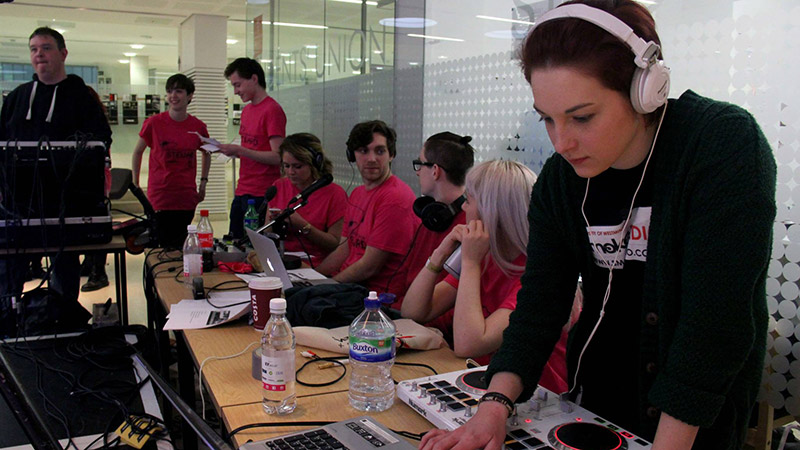 The University’s radio station, which has been airing since 2004, has been nominated in the following five categories:

George McDonagh, Station Manager in the 2014–15 academic year, said: “It's a great way to mark 10 years of Smoke Radio. We worked really hard to improve Smoke Radio across everything we did, and to be repaid in such a way is testament to the hard work of all our volunteers."

Following the nominations, BA Radio and Digital Production course leader Dr Matthew Linfoot commented: This is a fantastic achievement for everyone who works on the station, especially as it recognises students from a range of courses across the University.”

Holly Seabrook from the Students' Union added: "The University of Westminster Students' Union is really proud of all of our student volunteers involved in Smoke Radio. These nominations are a real credit to them and highlight the hard work and dedication they put in. Well Done Smoke Radio Team!"

Smoke Radio’s entry for Best Station of the Year included extracts from the University’s most exciting events such as Student Pride, the Student Union Elections, the Halls of Residence Move In and the University’s sports coverage. Another high point for the radio station was being one of the most played student radio stations on audioBoom.

The winners of the Student Radio Awards 2015 will be revealed on 5 November at London’s IndigO2 hosted by top names from BBC Radio 1 and Capital FM. Book tickets for the awards ceremony.

Smoke Radio is run by a committee of students, who are selected every year in May by the previous committee and Students' Union staff members. Find out more about this year’s committee.

The station broadcasts 24 hours a day online with daytime content starting from 10pm through to 5pm, followed by an electric variety of specialist music and speech programming into the early hours of the morning.