The Centre for Law, Society and Popular Culture and Westminster Law School were delighted to welcome Sir Richard Arnold on 6 November, for the first in what is hoped will be an ongoing series of events. 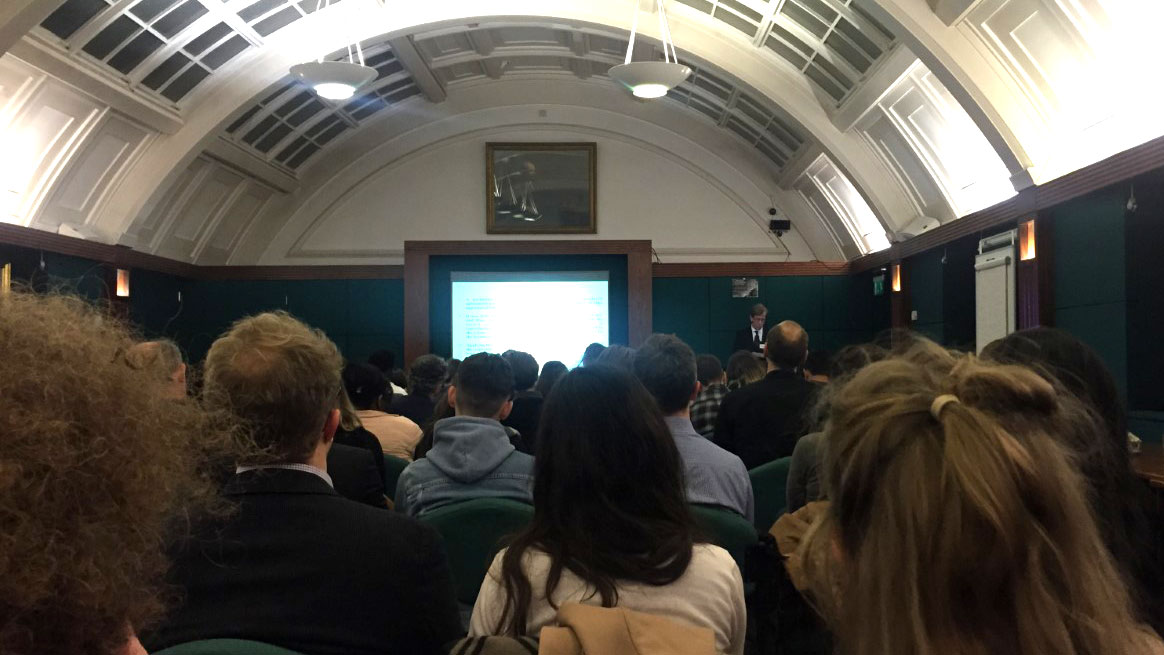 As part of his talk, Current Issues in Entertainment Law: An IP Perspective, Sir Richard provided a masterful overview of four key areas: web-blocking injunctions, fair use and fair dealing, English contract law and US termination notices and the implementation of the Beijing Treaty on audio-visual performances. He covered some fascinating terrain and his insider perspective gave the audience a unique insight into these cases.

The audience was a mix of undergraduate and postgraduate law students from University of Westminster and other universities, as well as alumni and a large number of people from the entertainment industry.

After the talk, Sir Richard answered questions from the audience. Many questions related to the highly topical and interesting case of Gloucester v Le Bon (the Duran Duran case), for which Sir Richard had granted leave to appeal just the previous week.

We were also delighted to use the event to announce that Sir Richard had accepted our offer to become an Associate Fellow of the Centre for Law, Society and Popular Culture.