David Shaw, OBE and Head of the Regent Street portfolio at The Crown Estate, has been awarded an Honorary Doctorate by the University of Westminster at the Westminster Business School and Graduate School graduation ceremony, which took place at the School on Saturday, 12 March. 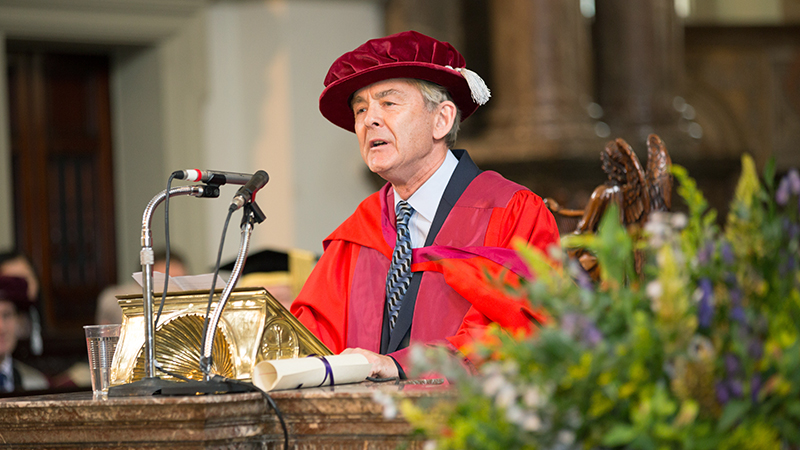 David Shaw joins a number of notable figures including Baroness Diane Hayter of Kentish Town, British politician and member of the House of Lords, and Hilary Carty, independent coach and consultant specialising in leadership development, who were also awarded Honorary Doctorates at Westminster Business School ceremonies.

The University recognised David for his services to the retail industry and for playing a pivotal role in the £1 billion regeneration programme for Regent Street, a key part of which has involved transforming the street into one of the world's leading retail destinations. David is also credited with bringing Apple to the UK, being responsible for opening their first store outside of the US.

Dr David Hitchcock, Acting Dean of Westminster Business School, said: “It is with great pride that we award David Shaw an Honorary Doctorate this year in celebration of his accomplishments in the retail industry and his success in regenerating Regent Street. He is an inspiration for our Business School students and what they can achieve in their future endeavours.”

David joined The Crown Estate in 2002 and is Head of Regent Street Portfolio. A chartered surveyor and member of the British Council of Shopping Centres (BCSC) and the Investment Property Forum (IPF), he is responsible for the £2.4 billion Regent Street portfolio. He was formerly property director of a Nomura subsidiary focused on real estate partnerships, a management board director of retailer the Burton Group responsible for retail planning and property and director of Rosehaugh subsidiary Shearwater. He also sits as a director the New West End Company.