The University of Westminster’s Head of Architecture, Professor Harry Charrington was one of the Trustees of the British Chapter of the International Committee for the Restoration of Alvar Aalto's Viipuri Library. The library has been awarded the prestigious 2014 World Monuments Fund/ Knoll Modernism Prize. 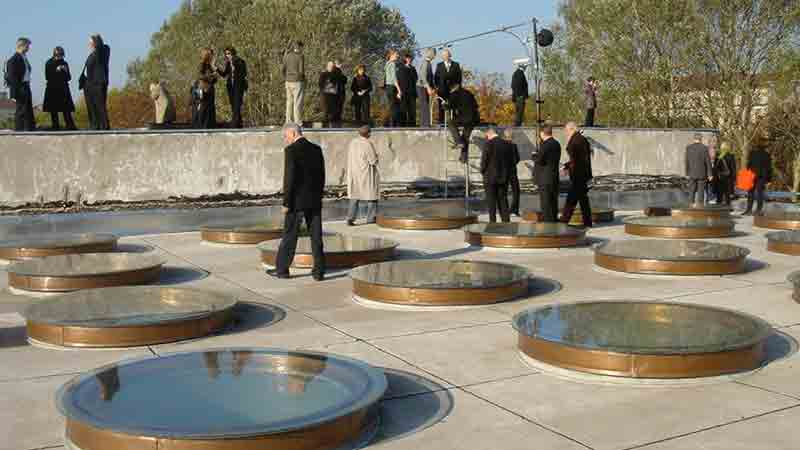 Professor Harry Charrington, was a member of the Committee while living and working in Finland. After his return to the UK, in 2001, together with Jeremy Melvin and the Finnish Ambassador Pertti Salolainen, he set up a British Chapter of the Committee under the Chairmanship of Lord Norman Foster.

The Viipuri library is one of the most important buildings in the development of modernism. Built in the Finnish city of Viipuri, following the Soviet Union's invasion of Finland and the Winter and Continuation Wars of 1939–44, it became the city library of the Soviet border town – and following the collapse of the Soviet Union, the Russian town – of Vyborg. Following years of neglect, a specially formed committee has now restored the library in one of the most extraordinary heritage stories of recent years.

Speaking of the achievement, Professor Charrington said, "I am delighted by this news. The recognition of the Restoration Committee’s work by the World Monuments Fund reflects almost two decades of endeavour across borders, and against huge odds. It also credits a heritage programme that not only includes the beautiful renovation of the building itself and the recreation of a generous public space, but the training of a new generation of craftspeople and builders in Vyborg."

The Modernism Prize was launched in 2008, and is granted every two years for an innovative architectural or design solution that has preserved or enhanced a Modern landmark or group of landmarks.