An International Relations and Arabic alumna who uses the medium of film to campaign for social change brings her first documentary about the use of water incorporating ‘green’ filmmaking methods to Regent Street Cinema on Wednesday 20 January. 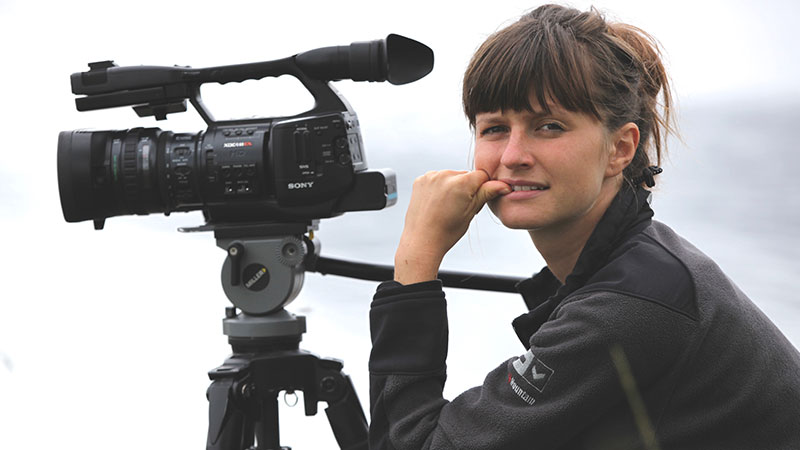 Aghbalou: The Source of Water is a documentary about the never-ending quest for water in one of the driest habitats on earth. It combines a local story of struggle and neglect with a global call to action against the growing challenges of sustaining water and fighting poverty.

Producer Anna Sowa, a former Career Award Scholarship student who graduated with an International Relations and Arabic BA Honours degree from the University’s Faculty of Social Sciences and Humanities in 2010, said: “Our hope is that in the same way the Regent Street Cinema became the birthplace of British Cinema, the screening of Aghbalou at this very venue will be the birthplace of a change in attitude and ultimately practices in water use among all of us attending.”

The Westminster graduate said: “The film industry is extremely energy-consuming and wasteful. We wanted to challenge this and incorporate ‘green’ choices and solutions into every aspect of our filmmaking. Unfortunately, there aren’t many production companies out there concerned about the environmental impact of their activities. For our films to be green, we couldn’t just get fancy green technology but continue working in conventional, carbon-hungry ways. So I think we are the first production company that redesigned our entire film-making ecosystem from the ground up, and I hope that our carbon-efficient film-making approach has the potential to start a new trend and encourage others within our industry to follow.”

The screening will be followed by a Q&A session with Professor Tony Allan of King's College London, an expert in water resources and water policy who coined the concept of ‘virtual water’ which the film explores, and Chouette Films including Anna who will share her experience of making Aghbalou: The Source of Water travelling across Morocco, Senegal, Brazil, Qatar, US, France and Italy.

The film is based on Anna’s MSc dissertation thesis (SOAS) on the impact of irrigation and migration on livelihoods in Todgha Valley, Morocco. Speaking of overcoming challenges during the research and shooting process, Anna said: “People in the Todgha Valley speak mainly Tamazight (Beber). The linguistic skills I acquired at Westminster have been absolutely invaluable to the success of my research and the film project as a whole - as it’s said - even a little language goes a long way.”

During her time at Westminster Anna had lectures in the space which has been reopened as the Regent Street Cinema. This makes the screening on 20 January a special experience for her. She added: “It’s a tremendous privilege to have our work screened at the birthplace of British Cinema. To share our work at this prestigious place is a unique opportunity to give back to the institution, the community that in many ways equipped me for what we do now – I did my first Arabic language classes at the University of Westminster which have been crucial to the success of Aghbalou: The Source of Water.”

Watch the trailer and book your tickets now.