Westminster Architecture graduate Bongani Muchemwa, Master of Architecture (graduated 2013), has been named a postgraduate runner up in the Architecture Review Global Architecture Graduate Awards 2013. Bongani is now working at CZWG as an Architectural Assistant, with a number of other recent MArch graduates from Westminster. 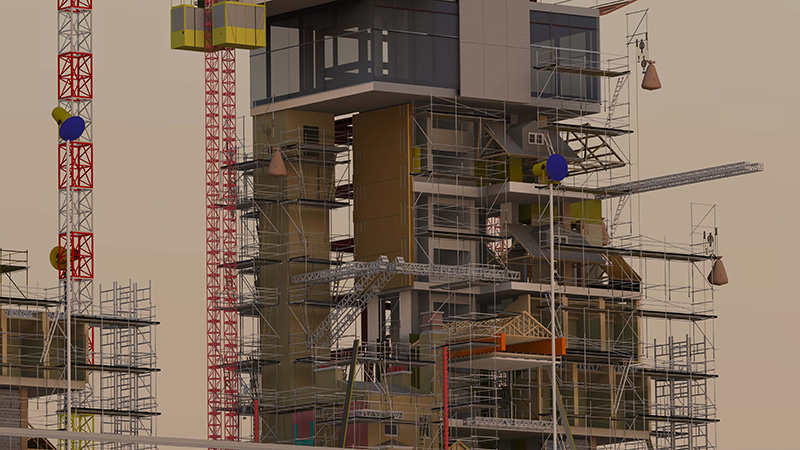 The Global Architecture Graduate Awards (GAGAs) were set up by The Architectural Review magazine to identify the world’s most talented architectural students, to celebrate excellence and innovation in design, and to create an international platform to disseminate and discuss emerging trends in architectural thinking. Receiving over 500 entries from 60 countries, this year the AR shortlisted 13 projects, five in the new undergraduate category and eight in the postgraduate category.

Bongani’s project is a celebration of the wonders of building sites. Fascinated by the bits and pieces of construction, Bongani proposes an eternal building school in Fish Island, a former industrial area in East London currently undergoing regeneration.

Having worked on a construction site during his year out, Bongani became increasingly aware of the gap between academia and industry. His proposal wittily advocates integrating the two spheres, engendering both a more hands-on approach to education and a cradle-to-cradle attitude towards construction materials.

Beyond the compelling illustrations, the project truly comes to life with a video − a preferred medium in the Master of Architecture (MArch) studio Film and Architecture − where the Builder’s Yard appears on television news, featuring several stages of the never-completed construction.  Bongani’s initial video investigation Underpass Farm Factory (directed and animated with Christine Peters) was screened at the Magma Film Festival in Acireale, Sicily.

Bongani comments on Westminster’s MArch: “I enjoyed meeting people from all over the world. Last year our tutor fondly called our studio the UN because of the mix of different people from different countries and cultures. The campus is very central and it's very close The Regent’s Park which is also nice.”