Alumna Katie Boden, who graduated from the Radio and Digital Production BA Honours course, has recently been named as Rising Industry Star by Radio Academy. 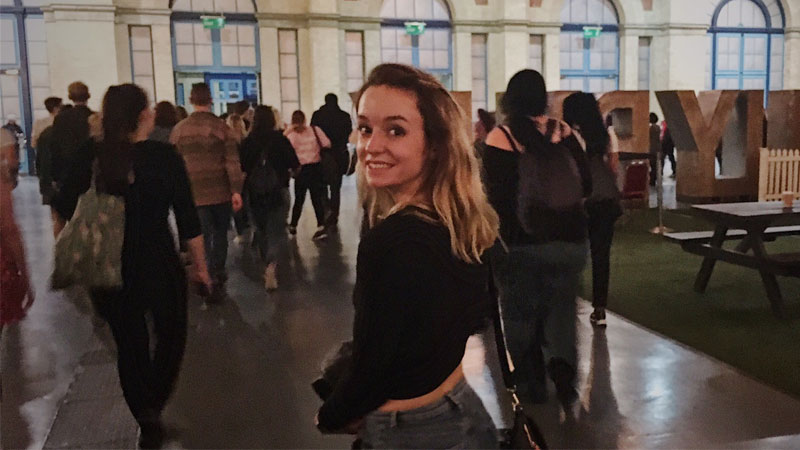 Graduate Katie Boden has been named as one of the Rising Industry Stars by Radio Academy, a charity aimed at promoting and recognizing excellence in the UK radio and audio industry.

She was included in the annual prestigious list of the 30 brightest and most talented people working in the Radio industry, under the age of 30.

Since graduating in 2014, Katie has worked in a wide range of stations, and is currently the Producer of Drive, on Virgin Radio and the Team Assistant for Radio Berkshire’s BBC Music Introducing show. She also presents her own podcast, ‘Be More Cleverer’, available on Audioboom.

Speaking about her new title, Katie Boden said: “It is such a huge honour to be named on the 30 Under 30 list, next to 29 very talented radio folks. It has been a busy three years since I graduated, and I have been very lucky to spend those working in the industry I love, so to have someone say 'you're not doing a terrible job' is very nice indeed.”

Dr Matthew Linfoot, Course Leader of the Radio & Digital Production BA Honours course, said about Katie’s success: “We’re so proud of Katie, she really deserves this accolade, which recognises the hard work and determination she has put in to building her career since graduating.”

Find out more about the Radio and Digital Production BA Honours course at the University of Westminster.