Public housing on a grand scale was the winning inspiration for University of Westminster architecture student, Jess Tettelaar, who has been awarded first place in the Worshipful Company of Chartered Architects (WCCA) Student Drawing Prize 2013. 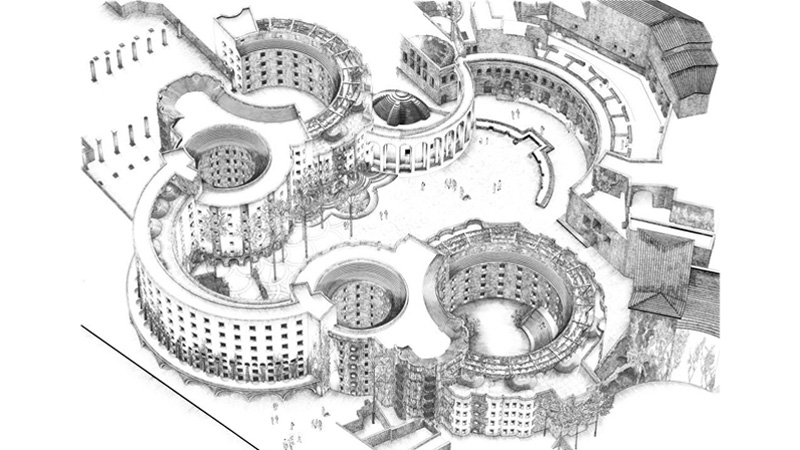 Judges were impressed by the intricacies of the technical drawing of Jess, Master of Architecture (MArch) RIBA Part II student (design studio 15) which revealed a new kind of sumptuous public housing. The WCCA competition, run with the support of the Royal Institute of British Architects awarded Jess a first prize of £300 against strong competition from other London university students.

“I was thrilled to win, especially as I have only been doing this kind of drawing since this year,” said Jess.

For her project, Jess looked at architectural precedents through the ages and re-explored the grand communal lifestyle of the 18th century French hôtel; highlighting a more subtle notion of privacy as in the hôtel families' shared residential space. Working on this arrangement allowed Jess to introduce grand shared spaces, such as salons and communal washrooms as well as other enigmatic 18th century features such as the bedroom, for example, being considered a public room. She incorporated pockets of privacy either in the form of a familiar canopy bed, shower curtain or an alcove in order to compose a new grand domestic interior within the modern heart of Rome.

“The architecture course has definitely helped me. My interests have changed a lot in terms of style and how I would design or even think about communicating it.”

Would she trade architecture for art? “Not really. I am currently applying for jobs and a lot of architecture firms are quite taken by my drawings. I would like to work for a diverse, multi-disciplinary architectural practice.”