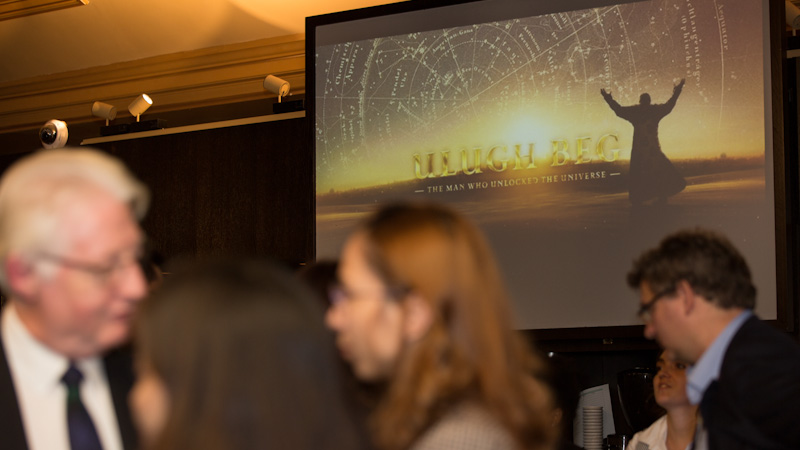 Ulugh Beg: The Man Who Unlocked the Universe is a documentary exploring the life and legacies of Ulugh Beg, extraordinary astronomer who ruled parts of Central Asia in the fifteenth century. The documentary was produced by Lola Karimova Tillyaeva and Timur Tillyaev, both Uzbek-born philanthropists. Their work was recognised with the Best Documentary Award at the Ischia Global Film & Music Festival in 2017.

Before the premiere, Professor Peter Paul Catterall introduced the short film ‘More than Bread’, which was produced by students from Westminster’s accredited partner university, the Westminster International University in Tashkent (WIUT). Professor Alexandra Hughes, Deputy Vice-Chancellor for Global Engagement at the University of Westminster, highlighted the importance of the partnership between the two universities in her opening speech.

She said: “Although Uzbekistan is a young country, it has, as the film Ulugh Beg: The Man Who Unlocked the Universe demonstrates, a rich and important history. Participating in its development through the establishment of a university in its capital has been a real privilege.

“Over the last 15 years WIUT has gone from strength to strength, establishing an enviable reputation across the region. In addition to thriving undergraduate and MA programmes it is also developing a research culture with a growing stream of high quality publications. The opportunities for transnational education continue to flourish as we look to further development of our unique partnership.”