The Department of Politics and International Relations' student engagement week included a field visit on Tuesday 1 November to the Palace of Westminster for those studying the first-year module British Politics. 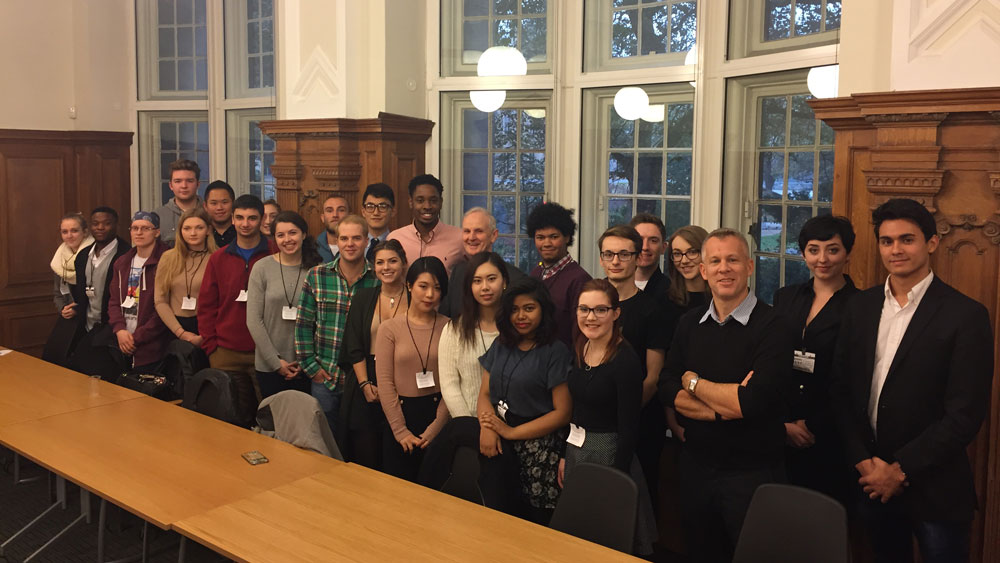 In his opening remarks, Lord Tyler explained the functions of the House of Commons and the House of Lords, drawing upon his huge experience and distinguished career as Britain's youngest county councillor, as a Cornish Liberal Democrat MP (including a spell as shadow Leader of the Commons) and, currently, as a proponent of radical reform of the House of Lords. Lord Tyler spent over an hour answering student questions ranging from the impact of the American presidential elections on British politics, Brexit and its impact on young people and the City of London and constitutional reform (specifically election reform, reform of the House of Lords and the case for a new UK constitution) to UK relations with China, immigration, and future prospects for the Liberal Democrats.

Students were also introduced to Lord Tyler's two interns, current third-year politics students, Megan Gibbs and Andreas Pachomiou. Students then viewed Westminster Hall, the oldest building on the Parliamentary estate since its construction in 1097, and Central Lobby, the location where corridors from the Lords and Commons meet which is traditionally used as a meeting place for Members of both Houses.