Phoebe Cummings, Research Associate at the University of Westminster, has been named the winner of the Woman’s Hour Craft Prize. 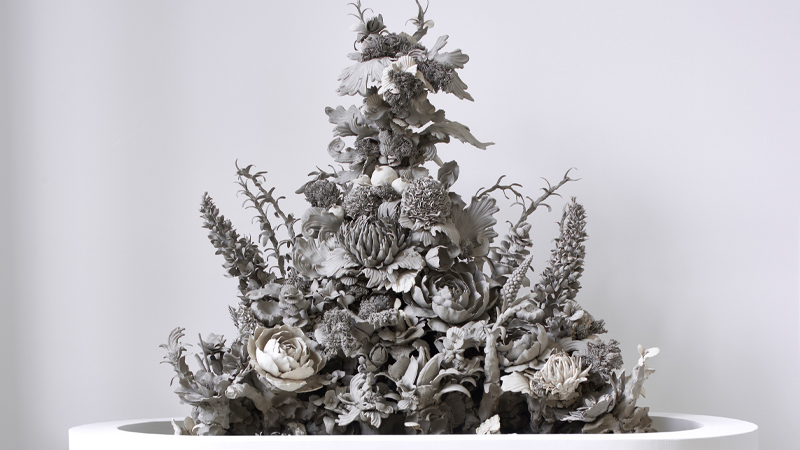 The prize aimed to seek out the most innovative craft practitioner or designer in the UK today. It was created as part of the celebrations to mark the 70th anniversary of Woman’s Hour – in association with the Crafts Council and the Victoria and Albert Museum.

Phoebe creates temporary sculptures from raw clay which are often made on site, only lasting the duration of the exhibition. Her creation for the prize exhibition at the V&A, named 'Triumph of the Immaterial', is crafted from raw clay and water – a fountain that gradually dissolves as the water flows from it.

Twelve finalists exhibited their work at the V&A with disciplines ranging from ceramics and glass to jewellery and embroidery. The winner was during a live broadcast of BBC Radio 4’s Woman’s Hour from the Victoria and Albert museum. Phoebe was awarded the prize of £10,000 for her originality and excellence.

Phoebe spoke about her win saying: "I am really thrilled to have been chosen from such a strong and varied group of finalists. The media coverage of the prize has done a huge amount to bring attention to contemporary craft in the UK and generate discussion around the broad range of work it encompasses."

Phoebe’s winning sculpture will be on display at the V&A until early February alongside the other shortlisted crafts.

Find out more about the Woman’s Hour Craft Prize.

Watch Phoebe talk about her win and her sculpture.