Panel discussion on the Iran nuclear deal: problems and prospects

A panel discussion titled 'Iran Nuclear Deal: Problems and Prospects' was organised by International Law at Westminster Research Group on 17 November 2015. The aim was to consider the legal, political and diplomatic implications of the Iran nuclear deal, signed in July 2014 by the P5+1 (UK, France, US, Germany, China, Russia). 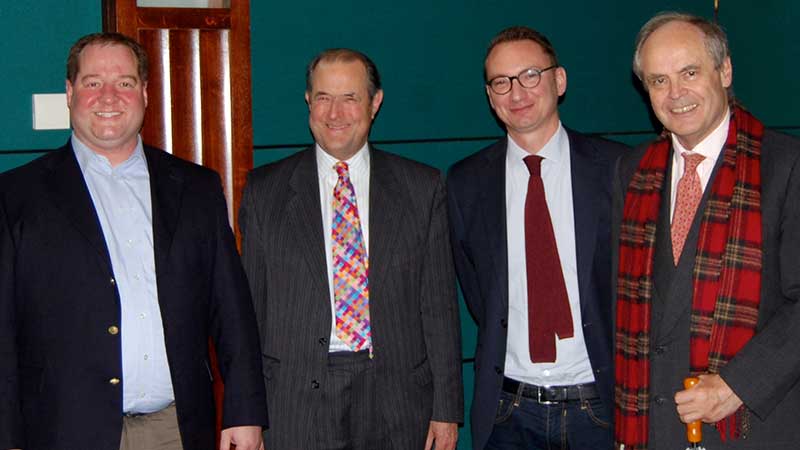 The panelists included Sir Richard Dalton (British Ambassador to Iran 2002-2006; Associate Fellow, Middle East and North Africa Programme, Chatham House; President, British Iranian Chamber of Commerce), Peter Jenkins, CMG (Partner, the Ambassador Partnership), Professor Daniel H. Joyner (Professor of Law, University of Alabama) and Professor Marco Roscini, who hosted and chaired the discussion. Sir Richard discussed the political and regional context of the nuclear deal, while Peter Jenkins focussed on the strategic implications for international peace and security. Professor Joyner reviewed the international law issues arising from the agreement. All panelists agreed that the nuclear deal reached with Iran is a step in the right direction towards a normalisation of the relations between Iran and the ‘West’. After their presentations, the panelists engaged in an intense Q&A with the audience. The interdisciplinary character of the panel was particularly appreciated. The event was well attended by diplomats, academics and students.