New partnership between Africa Check, the Westminster Institute for Advanced Studies and the Africa Media Centre

A new partnership has been established between the fact-checking organisation Africa Check, the University of Westminster’s Institute for Advanced Studies and the Africa Media Centre. 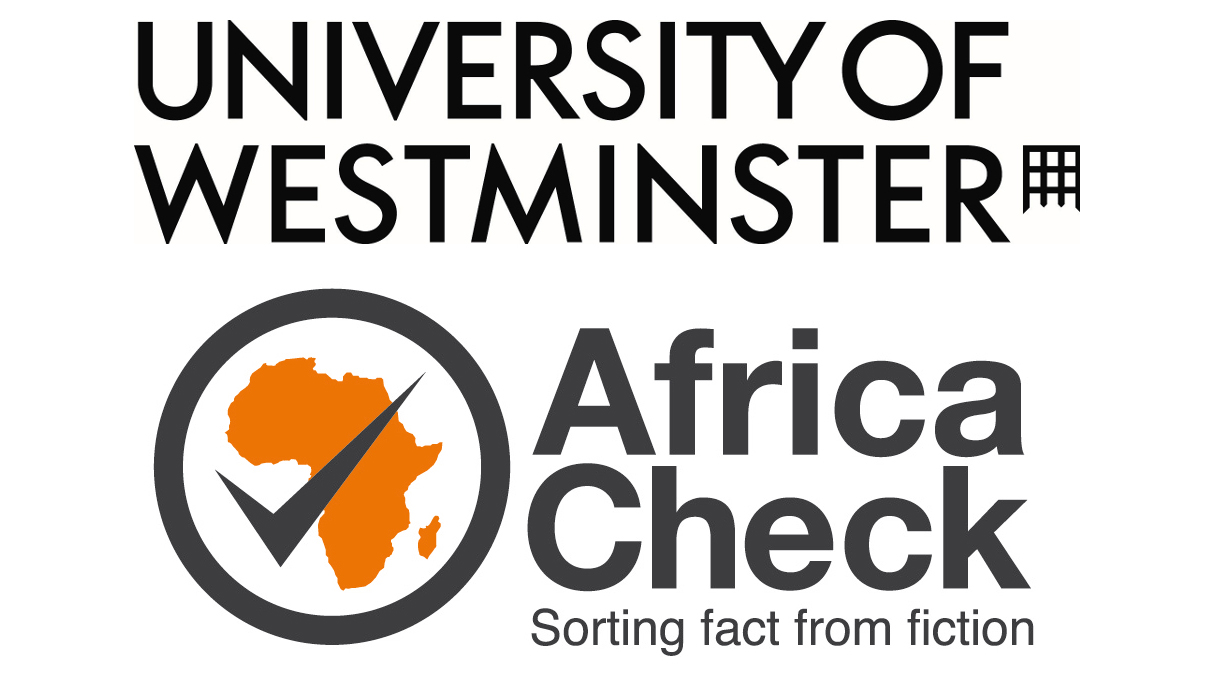 Africa Check is a non-partisan organisation that promotes accuracy in public debate and the media about Africa. It was founded in 2012 by journalist Peter Cunliffe-Jones, then deputy director of the AFP news agency’s non-profit media training arm, in a partnership with the Journalism Department at the University of the Witwatersrand, South Africa. It fact-checks claims made in public debate in an impartial, transparent, and accurate manner.

The Westminster Institute for Advanced Studies (WIAS) is an independent space for critical thinking at the University of Westminster. Its activities contribute to a better understanding of the challenges and problems the world faces today. The Africa Media Centre was established in January 2009 to promote and disseminate research on the media and social change in Africa.

Professor Christian Fuchs, who is Director of the Westminster Institute for Advanced Studies, comments on the new partnership: “An important principle of both critical social research and critical media practice is that they confront and deconstruct unsubstantiated claims by rational arguments and by profound and systematic knowledge. The University of Westminster has a long tradition in critical social research and critical media studies. The partnership with Africa Check will be of mutual benefit, will help advancing the critical impact of research and a better understanding of fact-checking organisations as a form of critical journalism and alternative media”.

Peter Cunliffe-Jones, founder of Africa Check, explains: “Independent, non-partisan fact-checking is a growing and important form of journalism, helping to strengthen democracy and improve standards of public debate. I am delighted to have this partnership with the University of Westminster. I believe this will enable us both to coordinate research and expose more students of journalism to this new field.”

Dr Winston Mano, Co-Director of the Africa Media Centre, comments on why it is important that we get the facts about Africa in public discussions right and separate facts from myths about Africa: “distorted facts and false statistics have contributed to stereotypes that been used to racialise Africa. Negative perceptions have cost Africa investment and undermine the dignity of its peoples. It is time that lies in the media and in academic discourses are challenged and corrected. Journalists need to check facts and report accurately. Our partnership with Africa Check will be a big step towards a new critical form of journalism.”

The partnership will involve joint research, events, and other activities.