The video games industry is worth several billion pounds, it employs around 40,000 people, representing approximately ten per cent of the total audio visual workforce. It is known to be four times more than film and music combined and has shown significant growth in recent years. Sectors such as sound driven games and apps, show an even wider growth and are in high demand and the salaries commanded are a testament of the specialist skills involved. 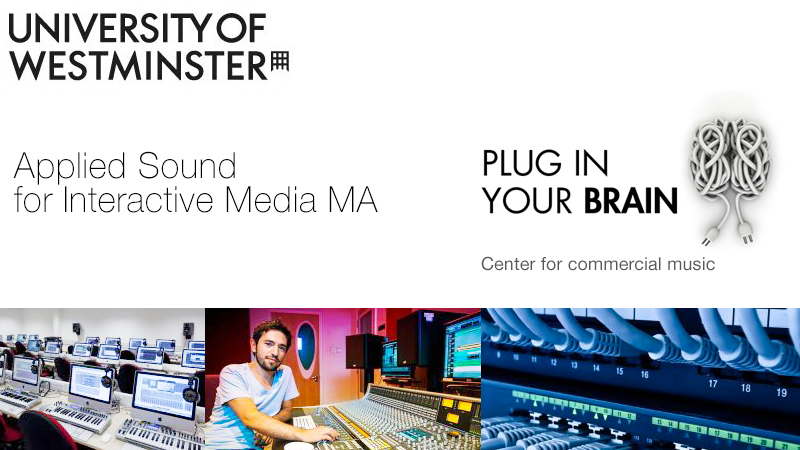 The course of Applied Sound for Interactive Media MA, is extremely unique and the University of Westminster's Faculty of Media, Art and Design is the only academic institution in the UK that offers this new and exciting course.

For an opportunity to learn more about this great course and how we can help you can enhance your academic knowledge and professional background please visit our Information Evening on the 12th June 2013 or contact our course enquiries team.