Whilst established Westminster alumni such as Christopher Bailey (Burberry), Stuart Vevers (Coach) and Katie Hillier (Marc by Marc Jacobs) showed their collections at both New York and London Fashion Week, a new generation of Westminster Fashion Design BA Honours graduates made a big impression on the new season runways. 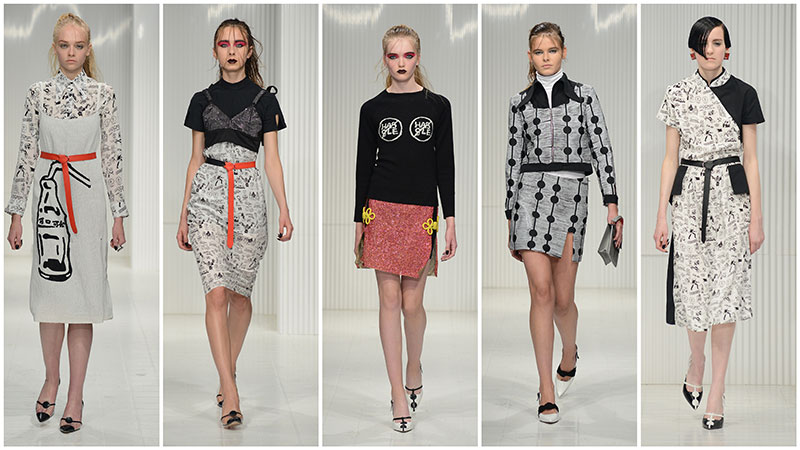 "Ashley Williams is a fresh fashion talent who shows that London is in no danger of losing its cool crown." - The Independent

"With Alexa Chung and Pixie Geldof cheering Williams on from the front row, it was a fun collection to kick-start the beginnings of her solo journey." - Vogue

Claire Barrow (graduated 2013), who was awarded the British Fashion Council's NEWGEN sponsorship, showed her new collection in the basement of an old BBC recording studio.

Louise Alsop (graduated 2013) showed for the second time as part of the Fashion East show.

Tom Guy (graduated 2013) was selected by the British Fashion Council for their prestigious 'Ones to Watch' section of the designer showrooms at Somerset House.

Harry Pontefract (graduated 2014) will be showing his debut collection at Paris Fashion Week as part of an installation with shoe designer Cherevichkiotvichki.