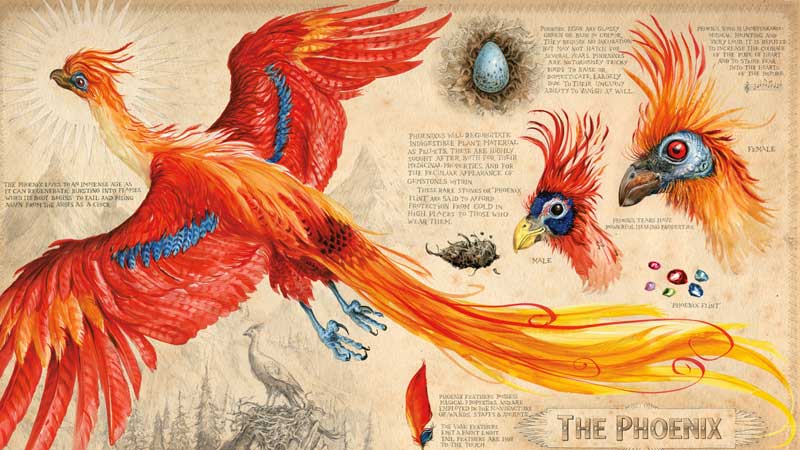 In the new book, Kay conjures up the wizarding world using paint, pencil and pixels as we have never seen before. The book features dazzling full-colour illustrations of breath-taking scenes, dark themes and unforgettable characters, including Dobby and Gilderoy Lockhart.

Kay has previously illustrated the cover and made four illustrations of Ron Weasley, Hermione Granger, Draco Malfoy, and Hagrid for the Harry Potter and Philosopher’s Stone. The talented illustrator was chosen in 2013 to illustrate the Harry Potter books with J.K. Rolling personally involved in the decision.

Harry Potter and the Chamber of Secrets, originally released in 1998, sold over 77 million copies worldwide and was translated into 65 languages and quickly rose to the bestseller list.

When speaking about Jim’s designs of Harry Potter books, J.K. Rolling said: “Seeing Jim Kay's illustrations moved me profoundly. I love his interpretation of Harry Potter's world, and I feel honoured and grateful that he has lent his talent to it.”

The award-winning illustrator’s breakthrough was the Kate Greenaway Medal that he won in 2012 for his illustrations for A Monster Calls by Patrick Ness. After studying illustration at the University of Westminster, Kay worked in the Archives of Tate Britain and the Royal Botanic Gardens at Kew.

He has produced concept work for television and contributed to a group exhibition at the Victoria and Albert Museum in London. He now lives and works in Northamptonshire with his partner and a rescued greyhound.