New book: Christian Fuchs’ “Culture and Economy in the Age of Social Media”

Christian Fuchs’ monograph “Culture and Economy in the Age of Social Media” has been published by Routledge. Christian is Professor of Social Media at the University of Westminster Faculty of Media, Arts and Design. 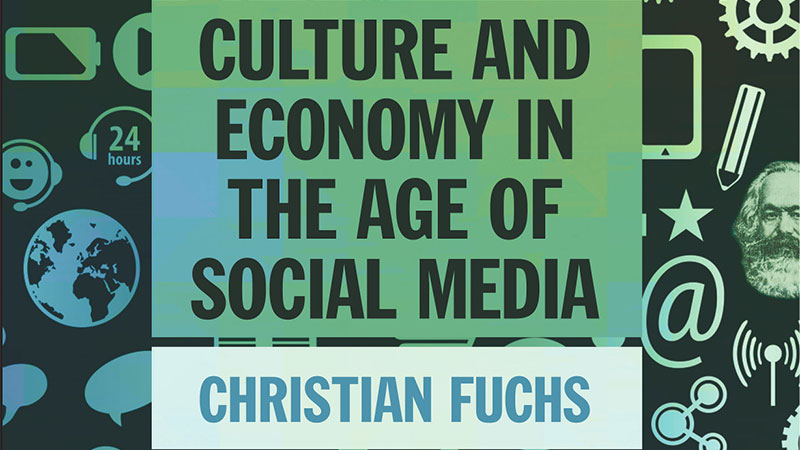 The book uses Raymond Williams’ approach of Cultural Materialism in order to critically analyse labour, politics, ideology, globalisation, the state, the public sphere, and social struggles in the age of social media.

Graham Murdock, Professor of Culture and Economy, said about the book: “Drawing on a comprehensive re-reading of Marx and critical theory, Christian Fuchs demonstrates how everyday activity on social media is integral to the system of global exploitation that is restructuring contemporary capitalism”.

Prof. JimMcGuigan, author of Cool Capitalism and editor of Raymond Williams: A Short Counter-Revolution – Towards 2000 Revisisted: “Christian Fuchs’s excellent book demonstrates why social media must be analysed critically as both an economic and a cultural phenomenon, unlike the conservatism of idealist social science, which has much to say about communication yet is silent about the materiality of communications”.