The University of Westminster’s Africa Media Centre and Africa Check debated the continued distortion and misrepresentation of Africa in public debate and the media on Regent Campus on 19 October. 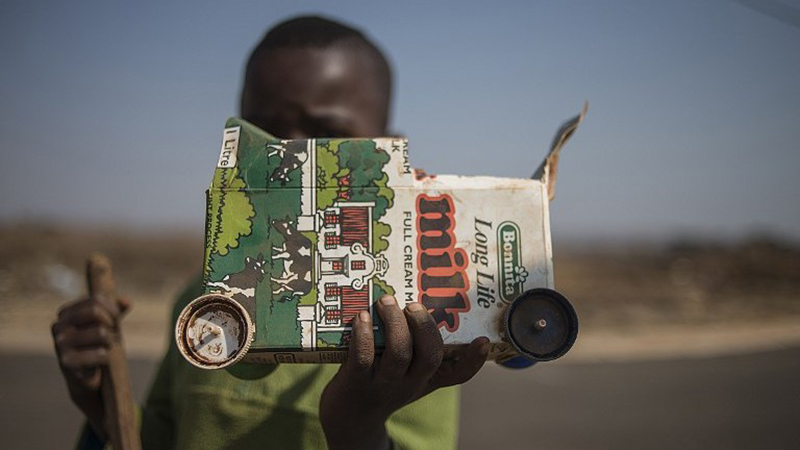 The event, which attracted around 120 guests, was hosted by the Westminster Institute for Advanced Studies (WIAS) and the University’s Communication and Media Research Institute (CAMRI).

Professor Christian Fuchs, Director of WIAS and CAMRI, said: "The joint event of WIAS, Africa Check and the Africa Media Centre showed how in a world full of conflicts, we need to be able to check how accurate and inaccurate the information provided to the public is.

“The event showed that the emergence and strong growth of fact-checking organisations poses many new, important and interesting questions for research, that have to do with the causes and consequences of misrepresentations, the effects and implications of, as well as the opportunities and challenges for fact-checking.”

Winston Mano, Director of the Africa Media Centre, showed that there are many misconceptions and misrepresentations of Africa that often have ideological character.

Winston Mano’s talk focused on what he described as the unrelenting distortions of Africa’s image which has been planted in public imagination for centuries. Mano cited, as an example, the lies and exaggerations about West Africa given by John Locke, a London sailor, in 1561 after his travels to West Africa. Not only did he refer to black Africans as “beasts who have no houses” but also as “people without heads, having their mouth and eyes in their breasts.”

Following Nigerian novelist Chimamanda Ngozi Adichie, Mano argues that such stereotyping of Africans is part of a broader power discourse meant to dehumanise and disempower Africans. It was the precursor to slavery and colonialism. The “othering” of Africans is still evident in the contemporary era whereby African resources are seen as more important than its people.

Mano said: “Today’s media could contribute to a more humane exercise of power and could also make the world intelligible. However, simplification, ethnicisation and personalisation are among characteristics of existing news coverage of Africa. The dominant single story about Africa shows it negatively. News follow vested interests, especially those linked to capitalism. As a result massacres in Africa are routinely underreported.

“Silences and omissions over the killing of millions in the Congo need to be challenged. The exaggerated news stories have victims. The positive portrayal of Africa in some news stories is glossing over the problems.”

What is needed, according to Mano, are new media ethics as well as new methods for teaching and training journalists. Comparative approaches, critical theories and fact-checking could help correct the lies about Africa.

Peter Cunliffe-Jones, founder of Africa Check, present a paper focusing on his organisation and the impact its work has had so far.

The next WIAS event will be titled ‘Harun Farocki and the question of cognitive labour’ and will take place on 18 November. Book free tickets.