Monsoon Assemblages (MONASS) was officially launched on 4 October at an event hosted by the Faculty of Architecture and the Built Environment at the University of Westminster. 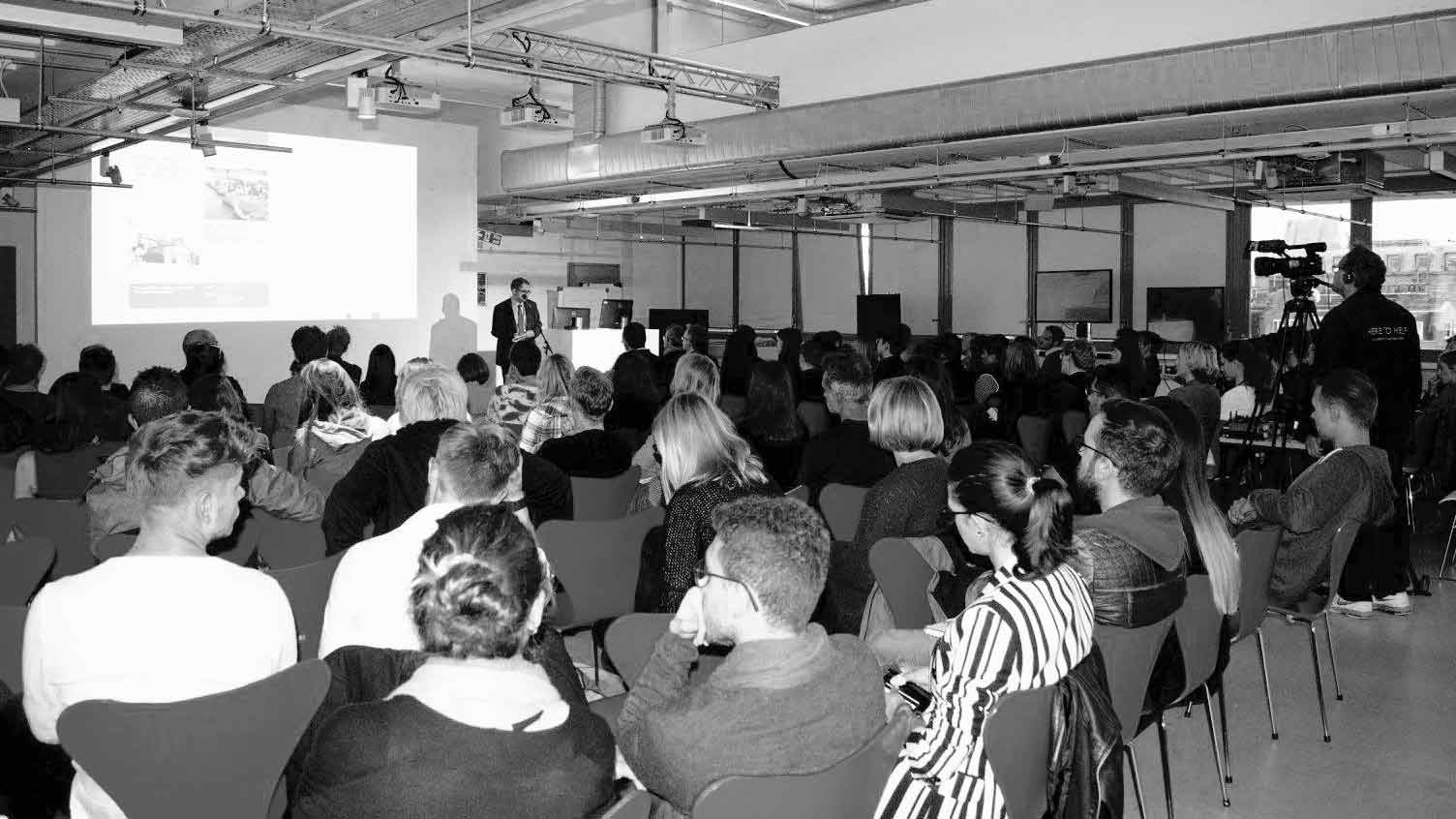 The launch was a joint celebration of two grant-funded research projects: Monsoon Assemblages, and Public Space and the Role of the Architect in London and Sao Paulo. The ambition of Monsoon Assemblages is to undertake a ground-breaking interdisciplinary enquiry into relations between changing monsoon climates and rapid urban growth in three of South Asia’s largest cities: Chennai, Delhi and Dhaka. There was a turnout of around 120 people including staff, students, project partners, researchers from a range of institutions and members of the project advisory panel.

The evening started with introductions and a welcoming address by the Head of Department, Dr Harry Charrington. Following this Professor David Dernie, the Faculty's Dean, gave an overview of both projects outlining their interconnections, relevance and importance to the Faculty.

Public space and the role of the architect in London and Sao Paulo was presented by the Principal Investigator, Professor Susannah Hagan. The project compares architectural modernism in London and Sao Paulo as a way of reflecting on contemporary public spaces and the changing role of the architect. Susannah’s presentation covered the research framework, the project members and some initial findings.

We were privileged to be joined by the University’s Vice Chancellor, Professor Geoff Petts, who situated the projects within the University’s research strategy. Professor Petts stressed the need for a new paradigm that enables humans and environment to work together and highlighted the importance of social science approaches. The Vice Chancellor’s speech was a perfect lead-in to Monsoon Assemblages.

Professor Lindsay Bremner introduced the project, the team and the three focal cities: Chennai, Delhi and Dhaka. The concept and research approach were further elucidated through a description of Chennai, our first city, and an IT corridor constructed on a monsoon-fed coastal marshland, our first field site. The project explores, and invites people to consider, what it might mean to think about the monsoon as something to co-design with. How might design be transformed if no longer thought of as an exclusive capacity of human agency, but something shared with the material energies of the earth system?

All in all the event was a resounding success. From the perspective of one of the audience members: “everybody was gripped by both presentations and there was a real buzz afterwards over the drinks”. Our thanks to all those who attended.

Visit the Monsoon Assemblages website to find out more.