On Wednesday 1 February, the Department of Computer Science celebrated the best three projects that have been developed as part of the ECWM603 Mobile User Experience module. 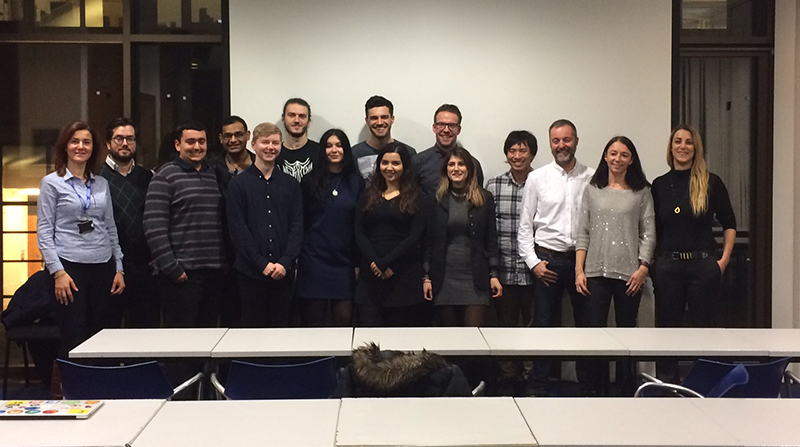 Teaching team for this module:

As part of the module the students develop a mobile web-app targeting iPhones and iPads following a brief as close to a commercial project. This year the students worked on commercial briefs provided by ORM, a digital strategy agency in London. ORM has been involved in the process by providing  formative feedback to students.

Three projects out of the 42 that have been developed for this module received an award based on the design of the user journeys, the application user interface and the technical difficulty of the projects. All three winning teams have been offered the opportunity for an interview for a summer internship at ORM.

The event has been well attended and the ORM has been very impressed by the quality of the student output. Congratulations to all 12 projects that have been nominated and to the 3 winning team.