The University of Westminster’s David Gauntlett has been awarded £340,000 by the Arts and Humanities Research Council to lead the research project ‘Digital Engagements: Online Exclusion and Social Capital’, a fresh approach to the digital divide.

The University of Westminster’s David Gauntlett has been awarded £340,000 by the Arts and Humanities Research Council to lead the research project ‘Digital Engagements: Online Exclusion and Social Capital’.

This is Professor Gauntlett’s fourth successful consecutive research bid to the AHRC. The project will employ Research Fellow Dr Fatimah Awan, who worked on Gauntlett’s previous two-year AHRC project which ends in September.

An in-depth phase of the project will study 40 individuals who are not regular internet users. These participants will be provided with small laptop computers, and a 12 month subscription to mobile broadband, for free. The researchers will also conduct a large scale quantitative survey, of 1500 individuals across the UK.

Prof Gauntlett argues that those who do not use the internet today are usually not restricted by lack of access to computers or broadband connections, but have made a choice because they do not feel that the internet has anything to offer them.

He notes, “Most previous studies of digital exclusion took place before the current wave of ‘Web 2.0’ tools – which are supposed to enable everyday users to create and share material easily online – entered the mainstream. Recently commentators have proposed a seductive vision where lives would be transformed ‘if only’ users would embrace these tools,” said David Gauntlett. “We will be trying to find out if that’s true”.

David Gauntlett was previously a Lecturer at the University of Leeds (1996-2002) and a Professor at Bournemouth University (2002-2006). His first book Moving Experiences (1995) sparked controversy throughout the British press for its rejection of media effects studies. Since then he has been developing studies which seek to enable a more sophisticated understanding of the place of media in peoples lives, taking a particular interest in peoples everyday creativity. This approach is represented, in different ways, in the books Video Critical (1997), TV Living (with Annette Hill, 1999), Web Studies (2000 and 2004), Media, Gender and Identity (2002 and 2008).

In particular Gauntlett has been developing new creative research methods, in which people are asked to make things (using, for example, video, drawing, collage, Lego) as a central part of an expressive research process. This work is covered in detail in Creative Explorations: New approaches to identities and audiences (2007).

In 2007 he was shortlisted for the Times Higher Award, 'Young Academic Author of the Year'. 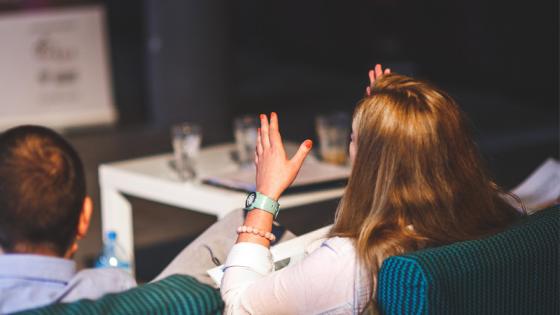