Asia Muci, who graduated from the Media Management MA course at the University of Westminster with Distinction, was appointed to the role of Sales Executive at the Independent Film Company. 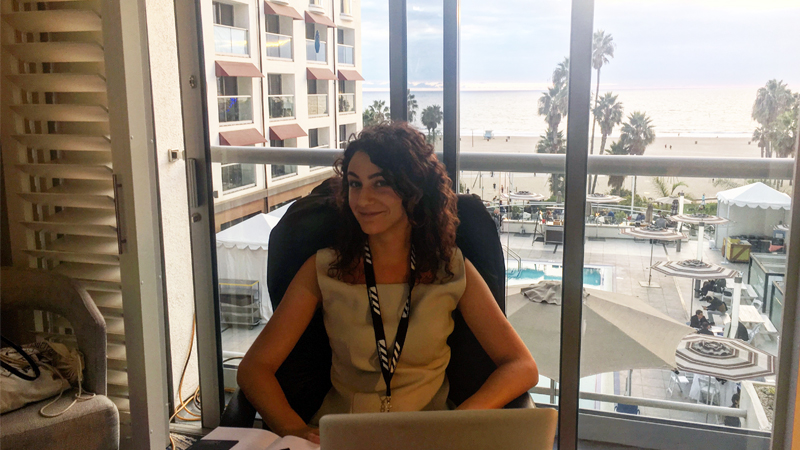 On her new position, Muci will report to Head of Sales Sarah Lebutsch and will handle sales to Italy, Spain, Latin America, Turkey, Portugal, Greece, Israel, South East Asia, South Africa and selected Eastern European countries by applying the international experience she has gained on various positions around the world.

Speaking about her appointment and her time at university, Asia said: "I am very excited about working with such a great company. Having moved to London to study on the Media Management MA at the University of Westminster, I found the business focus of the course still valuable to me now.

"The course helped me to develop a framework of thinking that I still use to date when approaching strategic decisions at work and allowed me to approach the creative world with a business focus, which has been particularly helpful, considering that in the film industry many come from a Film Studies background."

Prior to joining the Independent Film Company, Muci worked for Goldcrest Films, where she represented titles including Earth: One Amazing Day by BBC Earth Films, Roland Emmerich’s Stonewall as well as the upcoming biopic about Roald Dahl and his wife, Patricia Neal.

Independent’s Head of Sales Sarah Lebutsch said: “Asia immediately convinced us with her energy and enthusiasm. She is joining Independent at an exciting time of growth and we are certain that she will be a fantastic asset in helping the company achieve its goals for the next years.”

Learn more about studying on the Media Management MA course.