‘The Leader’s List’, a multimedia exhibition featuring leading UK BAME figures in television was launched last year at the University of Westminster and aligned with the Mayor’s ‘Behind Every Great City’ #BEGC campaign. 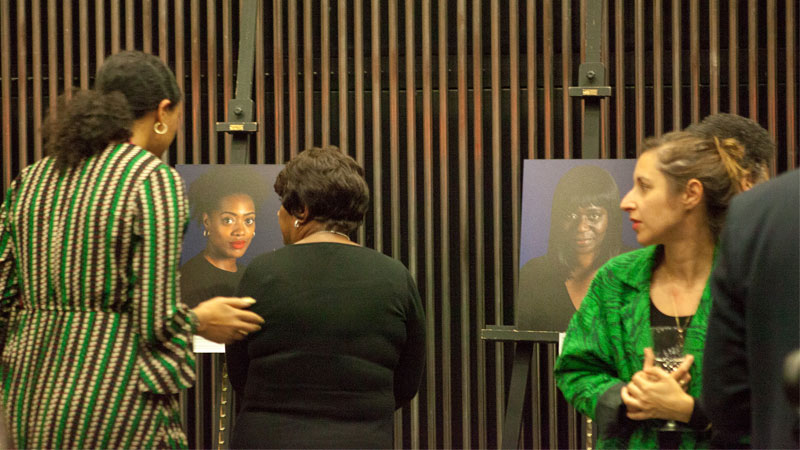 The #BEGC campaign included a series of events that highlighted the significant and current achievements of Black women in London, exploring their role in conserving and narrating histories. The Mayor’s team said: “As we celebrate the 100th year since some women won the right to vote, it’s important to recognise the on-going fight got equality of women from every background. Black History Month is exploring this from the perspective of Black women.”

‘The Leader’s List’ was a joint production between the University of Westminster and the TV Collective, including life-size portraits, film and a photo book of talented producers, such as Historian David Olusoga, VICE Executive Commissioning Producer Eloise Kind, Sir Lenny Henry and Westminster alumna Rebecca Graham.

The list brought together several expert personnel such as photographic technician David Freeman who shot the portraits for the project, photographer Gerald Maclean who documented the project, and book designer Wayne Maclean, demonstrating an ethos of multiple collaboration. Co-producer Simone Pennant OBE reiterated her vision for the list as being inspiring and said there were future ambitions the team looked forward to fulfilling.

Dr David Dunkley Gyimah, Course Leader of the Digital and Interactive Storytelling LAB MA and Co-producer and filmmaker of the List, said: “We’re extremely pleased that the exhibits continue to attract attention and will spotlight talented women in the industry. Similarly, it speaks volumes of the university’s commitment to collaborative work and diversity.”

The University’s launch at London Gallery West was its biggest opening for an exhibition attended by UK media figures and executives. Part of it is currently touring schools and the co-producers are focusing on re-publishing the photo-book as well as preparing a documentary around the list for the festival circuit #Aspire.

Find out more about the Digital and Interactive Storytelling LAB MA.