The Major League Baseball’s (MLB) first regular-season game to be played in Europe was announced at a press conference hosted at the University of Westminster’s Regent Street Cinema. 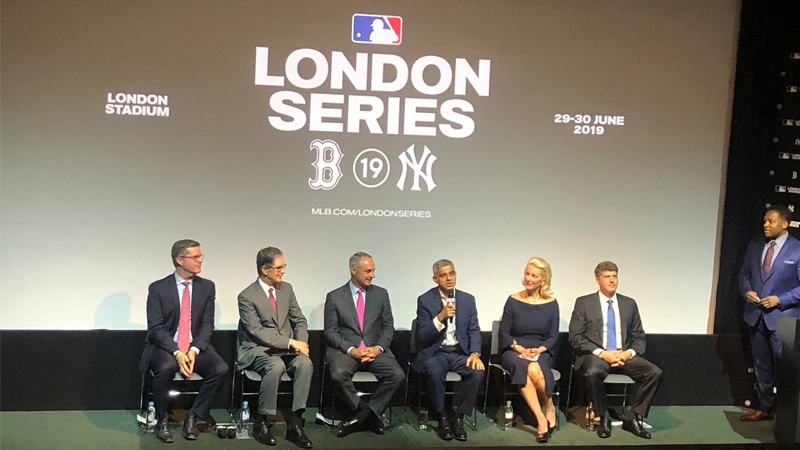 The announcement brings Major League Baseball to Europe for the first time. MLB will be sending two of its most popular teams to mark the occasion. The New York Yankees and the Boston Red Sox, claiming one of the most heated rivalries in professional sports, are going to meet at London Stadium on 29-30 June in 2019.

Addressing the two teams, London Mayor Sadiq Khan said: “Be prepared for the most exciting games in your careers because we are London – the sporting capital of the world!”

To all waiting to see the game, he said: “Tickets for the game are going to be like gold dust because you are not just going to be seeing the two best baseball teams in the world but arguably the two best sporting teams in the world. The rivalry between the Red Sox and the Yankees is legendary and Londoners are really excited about the prospect of them coming to London.”

The Mayor of London went on to talk about the power of sport, how it can bring together people from different backgrounds and highlighted that the forthcoming international sporting event will be another opportunity to show that London is open – to talent, to businesses and to people from all nationalities.