A cohort of graduates from the world’s only two-year MA Menswear course showcased their work in a runway show, which featured a mix of fashionable and functional eye-striking designs. 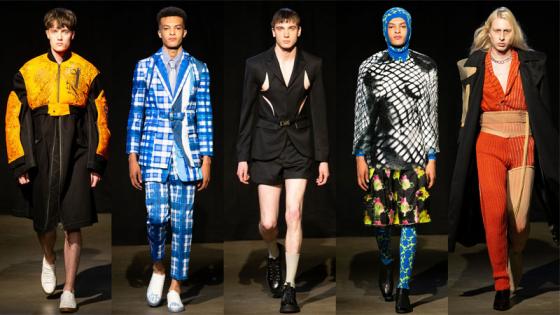 On Sunday 9 June, collections from ten Westminster designers hit the runway on the final day of London Fashion Week Mens.

Throughout the course and under the direction of Course Leader Liliana Sanguino, these graduates have been taught by some of the most significant tutors in menswear education including Alex Mullins, Ben Reardon, Charles Jeffrey, Rottingdean Bazaar, Professor Andrew Groves, Richard Gray, and Anthony Campbell.

Read news story about the world’s first public Menswear archive in the University of Westminster.