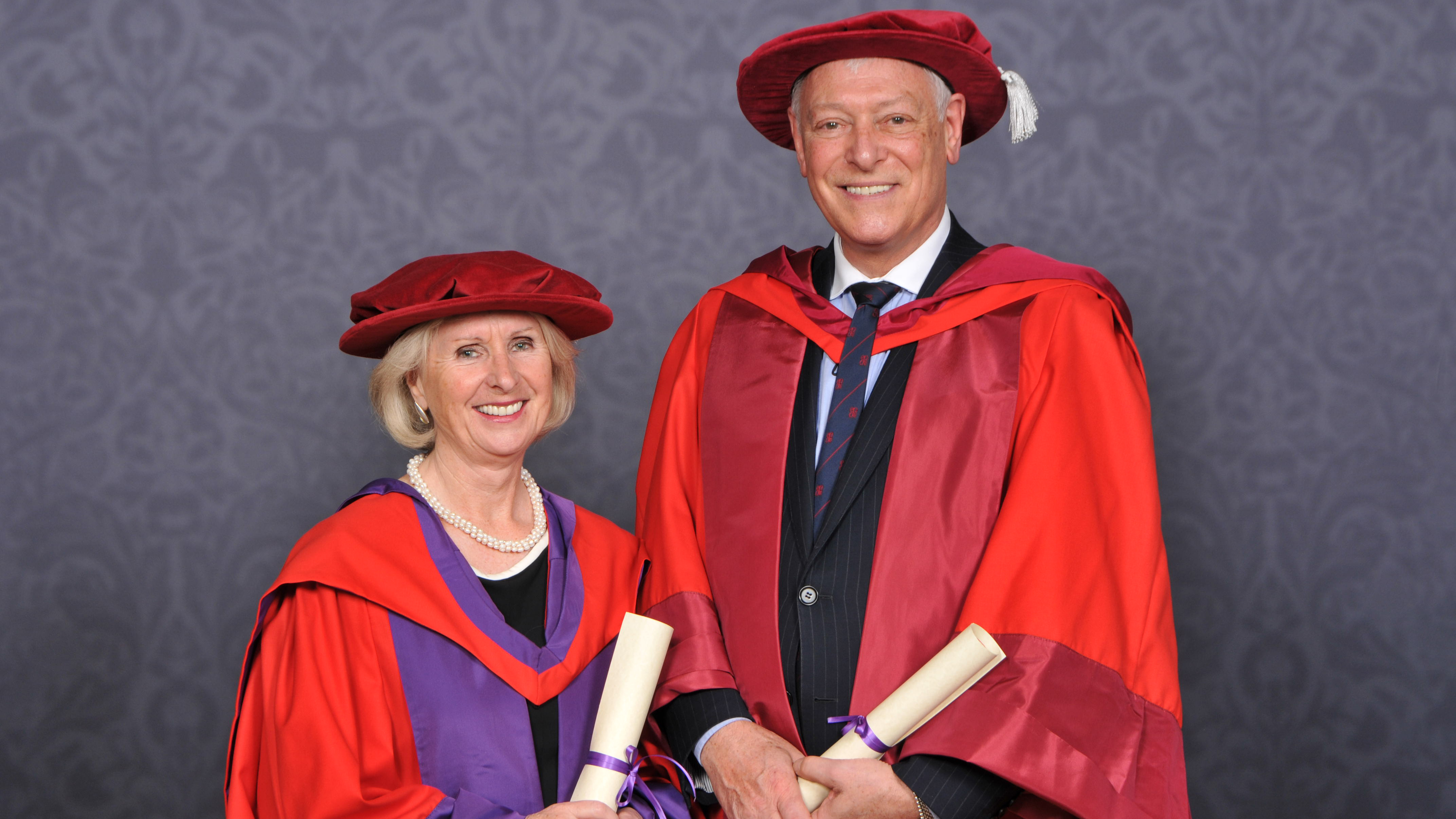 The awards were presented at the Royal Festival Hall in London on 27-28 November alongside Westminster students receiving their degree certificates.

Dame Rita Bellamy-James and Peter Kyle OBE received Honorary Doctorates for their distinguished careers and commitment to education. Barrister Dame Rita Bellamy has a stellar record of public service and service to the University of Westminster. She has served on the Court of Governors since 2006 and as Deputy Chair to the Court from 2015-17. Over her career Rita has made substantial contributions in the areas of education, women’s achievement and in diplomacy. She was nominated as one of the UK Women of The Year in 2005 and 2006.

Peter Kyle OBE’s extensive career in creative arts and education has taken him from his positions as a soloist dancer to Chief Executive of The Scottish Ballet, Chairman of the Centre for Contemporary Arts and Dean of the Arts Educational Schools, London, and for 12 years he was Chief Executive of Shakespeare’s Globe. As well as serving on the Boards of numerous charitable organisations, he is the former Chair of the Court of Governors and Pro-Chancellor of the University of Westminster. He received the OBE for services to drama in the 2011 New Year’s Honours.

The University of Westminster is proud to welcome each of this year’s Honorary Doctorates to our alumni family. Their individual work reflects the University’s values which we look to encourage in our students, such as enterprise and entrepreneurship, a commitment to help others, and a shared understanding of the importance of education.