An exhibition of the work of Leon Underwood (1890-1975) has opened at the Pallant House Gallery, Chichester. 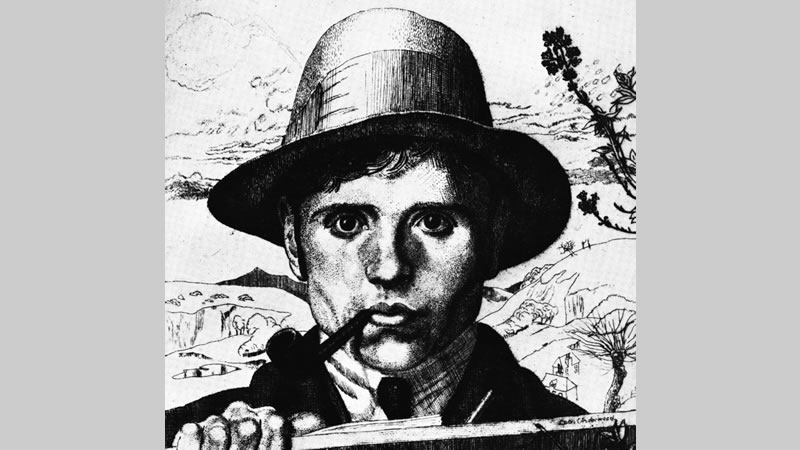 Leon Underwood was an alumnus of Regent Street Polytechnic who has been described as ‘the precursor of modern sculpture in Britain’. A significant influence on pupils such as Henry Moore and Eileen Agar, Underwood created a diverse body of paintings, drawings, sculpture and prints.

Dr Peter Catterall, Reader in History in the Department of Social and Historical Studies, recently visited the exhibition and said of his visit:

“Westminster has produced a number of distinguished alumni in the field of the arts. I had not realised before I went to the exhibition that Leon Underwood was among them. Underwood, who attended Regent Street Polytechnic in 1907-10, is the greatest unsung British artist of the 20th century. His art is eloquent, sometimes ironic, and always strongly expressive, as is his mastery of a range of artistic mediums ranging from etchings through oils to sculpture. Starting with powerful pieces as an official artist of the First World War, the exhibition moves on to some of the cleverest surrealist paintings I have ever seen. His sheer range, and the fact that Underwood never subscribed to a particular school of art, probably explains his continuing relative obscurity. Yet he was in many ways a visionary artist, willing to challenge accepted norms by, for instance, painting versions of classical images of the Greek goddess Venus, but depicting her as African. He was rightly critical of contemporaries who aped primitive art without understanding the context of the artistic languages of West Africa or Mexico which he carefully incorporated into his work. The result is a unique artistic vision that references and respects various cultures, all executed with superb draughtsmanship. 'Leon Underwood: Figure and Rhythm' brings together over 100 of his pieces for the first major retrospective of this strangely underrated artist since his death in 1975. I thoroughly recommend a visit.”

More information about the exhibition: Leon Underwood, figure and rhythm.