Jon Snow, Sandi Toksvig OBE and The Baroness Lawrence of Clarendon OBE join The University of Westminster as Honorary Doctors 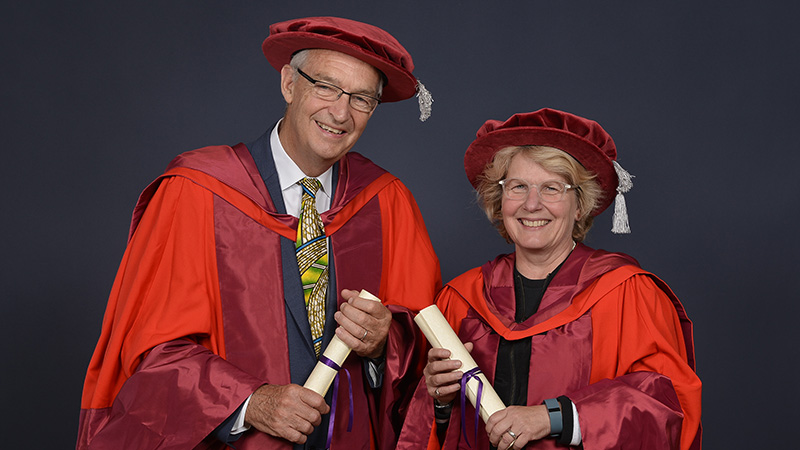 The awards were presented at the Royal Festival Hall in London from 11-13 July 2016 alongside the 2,800 Westminster students receiving their degree certificates.

The University of Westminster recognised Jon Snow’s outstanding role as a first-class journalist and broadcaster. He is the longest-running presenter of Channel 4 News and his experience covering pivotal moments in world history include the release of Nelson Mandela and the Haiti earthquake. Jon Snow was also the recipient of the Charles Wheeler Award in 2014 for Outstanding Contribution to Broadcast Journalism, hosted at the University.

Sandi Toksvig and Baroness Lawrence received Honorary Doctorates for their commitment and strong links to education and civil liberty issues. Sandi Toksvig, known for her television roles such as 'The Big One' and 'Up the Women', established the Women’s Equality Party last year, campaigning for equal representation in politics, business and industry throughout working life.

Baroness Lawrence was praised for her drive and passion for helping young black men from disadvantaged backgrounds further their education. She founded the Stephen Lawrence Charitable Trust in honour of her late son Stephen who was murdered in 1993, receiving an OBE for "services to community relations". She also established a scholarship aiming to help young black men from disadvantaged backgrounds gain a foothold in the legal profession, which was honourably awarded to University of Westminster students in 2014 and 2015.

Professor Geoffrey Petts, Vice-Chancellor of the University of Westminster, said: “Each of the recipients of this year’s Honorary Doctorates is an inspiration to all of us. Their passionate work reflects the values we greatly respect and look to encourage in our students, such as commitment to help others, dedication and fight to pursue justice and equality. We are proud to welcome such renowned and respected individuals into our alumni family.”