Natalie Reynolds, CEO of advantageSpring and author of We Have a Deal delivered the first Westminster Business School Masterclass on Thursday 15 September. 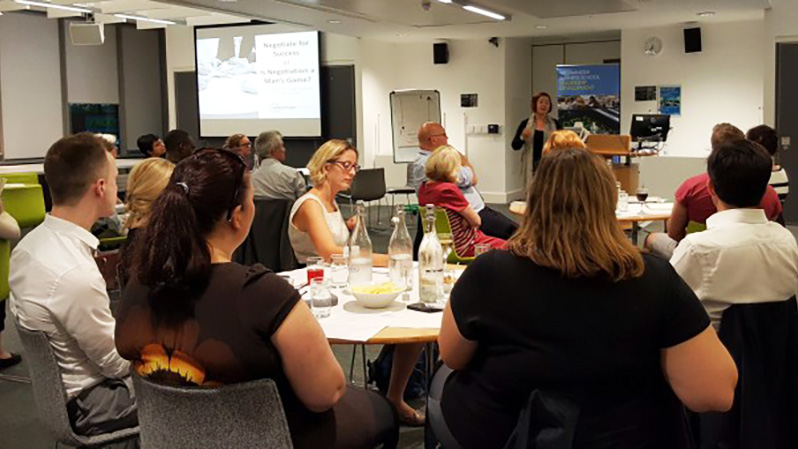 The talk, titled ‘Is Negotiation A Man’s Game?’, was attended by over 50 people and focused on why negotiation matters, common negotiating mistakes, gender stereotypes and offered the five top tips to enable you to be a brilliant negotiator.

Natalie began the event by answering the question posed in her title, saying “No, and it’s a shame we have to ask it, but we do”. Natalie, originally trained as a barrister, started her career working in government where she developed a fascination with the negotiation process, and with the extent to which so many people disliked, and tried to avoid, negotiating.

Over the course of the Masterclass Natalie identified some negotiation archetypes: The Avoider, who goes to great lengths to avert negotiations; The Giver, who incentivises deals by offering free extras, devaluing the initial negotiation and The Fighter, who views negotiation as a battlefield. She also discussed some prevalent gender stereotypes and related research: women don’t ask for pay rises versus the reality that they do, but that they ask for less money, and assess lower self-value.

Natalie’s presentation also included practical tasks for attendees: they practiced negotiating and, at one point even arm-wrestled!