Iran: A view from inside

On 21 January 2014 the University's Faculty of Social Sciences and Humanities, in association with the Centre for Opposition Studies, hosted a lecture by Lord Lamont of Lerwick in which he reflected on the recent parliamentary visit to Iran. 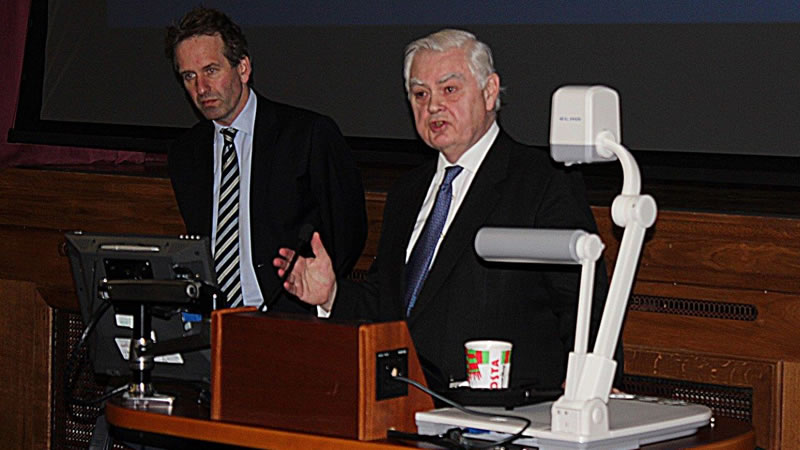 This visit came at a critical juncture, not only as the world waits to see if the recent Geneva interim agreement on the nuclear programme heralds a new beginning to the regime's relations with the West, but also because of Iran's involvement with the Syrian conflict.

A distinguished and appreciative audience heard Lord Lamont explain that the principal aims of the visit were to try to build understandings and tackle a long history of tension between Britain and Iran, and to explore the possibility of re-opening the British embassy in Tehran, which remains considerably damaged since it was attacked in November 2011.

There is some way to go on each of these objectives: as Lord Lamont pointed out, faced with hostile questioning about alleged British spying in Iran at the press conference which ended their visit, they had to try and assure their audience that James Bond is fictitious! Nevertheless, he presented cautious optimism about the prospects of a thawing of relations with the new administration of President Hassan Rouhani.