Huffington Post Blog: ‘Cagey’ finds some common ground with ‘Crass’ through the politics of the deal

Dr Patricia Hogwood, Reader in European Politics at the University of Westminster, recently published an article for the Huffington Post Blog on the historical meeting between Donald Trump and Angela Merkel which took place on 17 March. 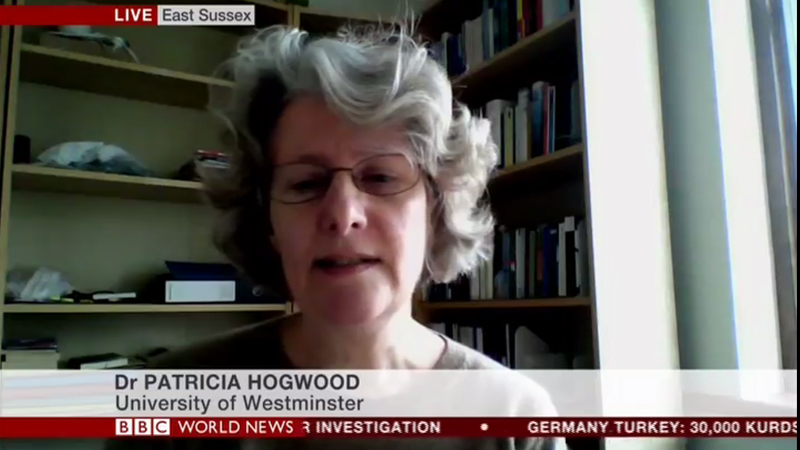 Dr Hogwood’s article gave an overview of the historic meeting between the German Chancellor Merkel and US President Trump. The article first mentioned the very tense atmosphere between the two leaders, justified by their relationship history: “Merkel greeted Trump’s election with a perfunctory two-minute address in which she pointedly reminded the president elect of the core values underpinning liberal democracy. After Merkel’s nomination as Time Magazine’s person of the year 2015, Trump tweeted that ‘they picked the person who is ruining Germany‘. Ominously, Trump and Merkel are also poles apart on key issues of international trade, NATO, the European Union, refugee policies, Syria and Russia.”

Continuing, Dr Hogwood explained that “Chancellor Merkel appeared to have won over Trump by tapping into his love of the deal.” She added: “The postponement of the talks due to Storm Stella from their original Tuesday slot played into Merkel’s hands. The Friday meeting gave Trump less opportunity to ride on the back of his talks with Merkel and influence by tweet the meeting of the G20’s finance ministers in Germany on Friday and Saturday.”

The article concluded with explaining that an agreement was, in the end, reached by both leaders, despite their opposing political views: “Nevertheless, it was in both parties’ interests to forge a platform for a viable transatlantic economic relationship. […] Trump only really came alive when he spoke about their discussions on workforce development and vocational training with business leaders. He spoke with real enthusiasm about their forthcoming lunchtime meeting with the CEOs of Siemens, BMW and machine tools manufacturer Schaeffler. Merkel’s instinct had served her well. After all, business leaders speak Trump’s language.”